How to Make your Sitcom Funnier by Starting in the Middle

In the first two articles in the series I really laboured why your script should not involve your lead character turning up to their first day at work, the main reasons being:

#1: It is a very common plot in pilot scripts
#2: Your main character is going to be reactive or passive
#3: ALL of your other characters are going to be funnier than your (passive) LEAD character.

I had a sample sitcom in which Deborah turned up on her first day, and being introduced to Alice, Jake, Megan, Val and Clem who all seemed funnier than Deborah.

Because Alice, Jake, Megan, Val and Clem have already started.

As far as we’re concerned, we arrive in the middle of their story. They’re settled into the office being themselves, embroiled in rivalries, plots, shenigans and stories. That’s when they’re funny.

And that’s the really big sitcom lesson to learn here: start in the middle.

Don't start at the beginning which is a terrible place to start. (Thanks, Maria.) Start in the middle.

If we want Deborah to be as funny as the other characters, we need to start her off in the middle, not the beginning. Let’s have her already entrenched in office politics like her colleagues, not tentatively dipping her toe in.

We started in the middle of the other characters plots – Jake with his photocopier, Alice and her sister’s wedding dress, Megan and Val’s plant war and Clem’s trip to Hawaii. They’ve all hit the ground running. Why aren’t we doing that with Deborah? Especially if she’s going to be the main character.

The fact is you can have character arriving on their first day, but it probably shouldn’t be the lead protagonist.

In Bluestone 42, we started the show with the bomb disposal team doing its thing, led by Captain Nick Medhurst who is the focal point of the show. Once they’ve done their thing, found the bomb and blown up the baddies, Nick gets back and meets a character who is new to the base. The padre, Mary. And he takes this as a chance to show off. And we can see that she’s met people like him before and isn’t that impressed.

We did start with another ‘new character’ in Bluestone 42, a visitor from the CIA played by Mike McShane.

Reader, we shot him.

This was to demonstrate that this was active war zone and that if didn’t follow procedures, you would die. So we now know what the stakes are in this sitcom world.

But you might be thinking my sitcom’s not set in an a war zoom or an office so none of this applies to me. 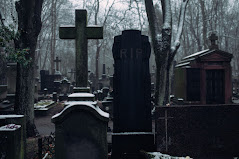 Sample #1 Your protagonist, Laura, is buying into a new house next to a church yard, and the estate agent is showing them around one last time, and then the removal men are bringing in their possession. This conveyor belt of possessions may reveal a character but your character is still being passive for pages and pages.

Start the Laura show in the middle. They’ve moved in to the house and already discovered that it’s horribly haunted by the graveyard next door and they’re living with it.

Sample #2 Or your protagonist, Terry, isn’t on his first day at work, but his last. He’s been fired from his job as an engineer, and gets home to find his partner has left. And then his long lost daughter turns up pregnant and moves in. Again, that’s pages of stuff happening, but it’s happening to your character. They are passive.

Start the Terry show in the middle. He’s an out-of-work engineer-turned-inventor, living with his daughter who has a new baby to cope with.

Don’t start at the beginning. Start in the Middle. 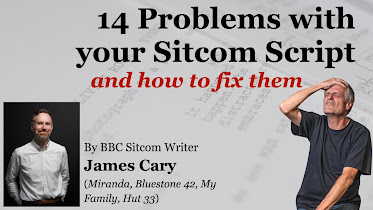 This is one of many mistakes it's easy to make in a pilot sitcom script. Why not find out the most common 14 problems in your script, based on the experience of reading literally hundreds of scripts in the last year? And crucially, find out how to fix them. Find out more HERE.
Posted by James Cary at 14:40