A to A of Sitcom Characters

I’ve been writing, YouTubing and Webinaring about sitcom characters a fair amount, and I’d like to move on and talk about plotting. But before we start with the stories, here’s a quick round up of some headline thoughts on characters. Use this list to give your main characters a good going over. It'll do them - and you - the power of good. 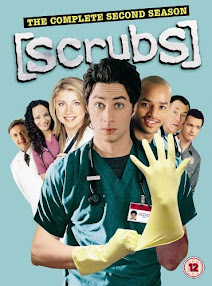 Easy one to start with, or at least it should be. How would you describe your sitcom character? What are their attributes? You should be able to sum them up quickly and easy. They may be nuanced and complex underneath, but how to they present themselves?

Del Boy is an optimistic wheeler-dealer. Malcolm Tucker is a potty-mouthed bully. Edina is a fashion-obsessed permanent child.

Not all sitcom characters can be neatly summarised but thinking about them should give you a strong sense of who they are: Lesley Nope; Ron Swanson; Liz Lemon; Father Dougal; Jez and Mark (Peep Show); JD (Scrubs - remember Scrubs? Aaah, Scrubs); George Costanza. Can you describe your characters as easily as you could describe these existing characters?

What do your characters do? Maybe they have a paid job, but what takes up most of their screen time? Is it parenting? Is it tree surgery? Is it treating sick people?

And can you think of twenty things to do within that? You need to know this because your character will need to have things to do in 20+ episodes.

This may seem dumb and basic but you would be surprised at the number of scripts I read where the hero doesn't really do anything. They just are. They react.

Don't have your characters react. Have them take action.

If your character is purely defined by their situation or circumstance you don't have a character. You have an extra.

A character who works in a dry cleaners and has to deal with all the different customers who come in isn't really a character. They are stuck behind the counter reacting.

A character who has to work in a dry cleaners because it belongs to their parents and they have no choice is more interesting. Which takes us to: 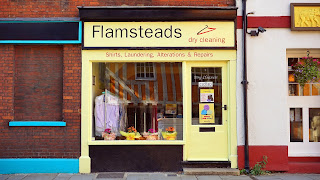 What is your character aspiring to? What is their mission statement for life? How are they trying to make the world a better place, improve their own lot in life for themselves or someone they love?

If your character doesn't like working in a dry cleaners, why are they working there? Why do they do anything? What is their big goal in life?

It could be that they love working in a dry cleaners because they want the world to be clean. That's their aspiration. They're passionate about it. They hate mess. And stains. And dirt. And it must be removed. There's some interesting stuff going on there.

Maybe they think that they can build a business empire and hey, why not make it a drying cleaning empire? Clothes will always get dirty, right?

Maybe it's a failing family business but the daughter is determined to prove her dad that he's got it all wrong - and underestimated her - by making it the best gosh-darned dry cleaning business in the country.

What this means is that everything your character does in that dry cleaners is imbued with meaning. They have aspirations.

How do your characters solve problems? Both their own, and other people's?

People aren't really rational. They tend to attempt to fix the problems the same way. Their own way. Not the best way. I hate talking to people on the phone so I try to fix problems with emails. Or second guessing. How I fix problems says everything about me, and very little about the problem.

People who like to talk out their problems assume that all problems can be solved by talking things out. In fact, they can't. But it doesn't stop them from trying. And infuriating the people around them. (Especially people like me who don't want to talk on the phone).

A silver-tongued fast-talker, like Del Boy, will assume they can talk their way out of a problem. So he'll always try that first. And when that doesn't work, he'll probably try it again. Only on the third or fourth failure, when the chips are really down and there's no alternative will he do the thing he always tries to avoid doing, which is normally even funnier than their usual schtick as they are now out of their depth. 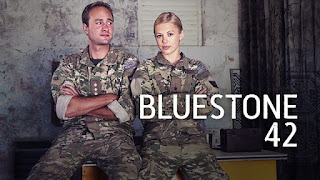 In Bluestone 42, Captain Nick Medhurst, bomb disposal guy, normally assumes that being the devil-may-care but self-effacing hero will makes girls fall into his arms. And normally it does. But not this time. Not with Mary. He's going to have to think of something else. (Same applies to Sam Malone in Cheers. Obvs. (Bluestone 42 is basically Cheers-meets-M*A*S*H, only a thousand times less successful)

The extra factor here is that character usually assumes that everyone else is like them and wants to solve problems in the same way. Or feels and fears the same thing. An extrovert who craves the company of others and is always the life and soul of the party assumes that if someone is on their own, they must be sad and in need of company. So they'll try and fix that problem by being sociable, not realising that introverts actually prefer being on their own. You get the idea.

Attributes - Can you sum up your character quickly?

Activities - What are they trying to do?

Aspirations - Why are they trying to do? 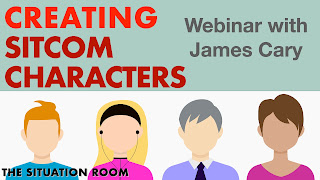 Answers - How do they fix their problems and those of other people?

Got answers to those questions?

Probably not. It's a lot to take in, which is why I ran a live Webinar on exactly this. You can watch a recording of that 80min session including Q&A for FREE by signing up to the The Situation Room where you'll get links to a bunch of other things and find out about the next webinar on plotting when it's announced.