All Work and No Play Makes Blogging Virtually Impossible

This blog has been dormant for a few weeks. I like to post something every week. But I don't manage that these days. Fortnightly is just about okay, but it's coming on for two months since my last post which, in my defence, was rather epic. 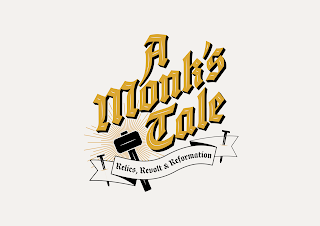 The reason for the lack of blogging is that I'm working on a stage show which premieres on Monday. It's called A Monk's Tale and it's about Martin Luther, celebrating the 500th Anniversary of the 95 Theses. Songs and sketches. It's labour intensive, and exhausting but a lot of fun. I've been relearning the importance of simplicity in comedy, which is trick when you're trying to explain Purgatory, penance, papal bulls and indulgences.

Writing scripts for TV and Radio is nice work if you can get it (and I can (at the moment)), but you can't beat doing your own show your own way in front of alive audience for a change. Instant feedback and reaction from an audience is a real tonic when you're spending two years developing a sitcom script that has never been read aloud by professional actors.

Any spare time I have normally goes into the Sitcom Geeks Podcast. A new episode just went up today, so if you're feeling deprived, listen to that. Or read some of the books we recommend in the latest episode. We also talk about this brilliant Mitchell and Webb sketch (see below).