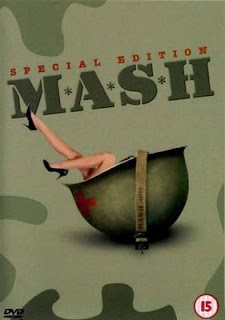 Thinking about it has inspired me to work harder to find better, harsher, more interesting settings for comedies; and having an attitude that carries the show along. A good setting and some guts will cover a multitude of sins.
Posted by James Cary at 11:28 No comments:

People in television - especially comedy - love to look down on advertising and creatives who work in that field. Let's be honest, funny TV commercials are normally shot for about £250k, and are essentially one joke. Well, you can shoot an episode of a sitcom in TV studio for that, and this requires at least five jokes a minute for 30 minutes, which is about 150 jokes.

But one of the main gripes against advertising is that it's deemed to be professional lying. There's always the suspicion that advertisers are pushing us products we don't need, or inventing needs and filling them with their products. Or that we see products as part of a 'lifestyle'. The more we think about it, the more shallow and empty it seems. Surely a car is a car is a car. Those adverts with open roads, and slogans and exploding hills. Are we really so shallow or gullible that these tactics work?

Or they wouldn't do it. Advertising is based on truth - or at least perceived truth. The fact is that we do define ourselves by the car we drive, and the packaging of our perfume, or the brand of fruit on our computer. Companies spend billions of pounds sussing out customers, and this is evidence of years of research.

Also, we know when adverts are based on lies - and when they are exploiting truth. Or offering something that is too good to be true. An advert, even an exaggerated and silly one which has some lies in it, must have a central truth to it, or else it's just fantasy. To get beautiful crystals, you need something for the freezing particles to form around - even if it's very small indeed. A pearl needs that grain of sand around which to form (unless that's one of those natural world urban myths...)

I mention this because comedy is the same as advertising. I was especially aware of this last night as I was considering the kind of comedy shows that get nominated for BAFTAs - or contains performances that do. These shows are not just about characters that we love and want to spend time with - but say something that's worth saying, and we like to hear it said because it is true.

Good comedy is based on truth, or revealing truth in a clever way, truthfully subverting a perceived and widely help untruth. The Thick of It, Miranda, Outnumbered, Peep Show, Getting On, The In-Betweeners, Outnumbered - they all do this.

The Thick of It reveals the truth about politics - that despite appearances and ministerial dignity, it's a rat-race of incompetence, fury and compromise. Yes Minister did broadly the same thing but in a different way (and that won BAFTAs too) Getting On reveals that a similar truth about the much-revered NHS, which is that it's a flawed slow-moving system, run by flawed normal people and often fails to care for people. The In-Betweeners reveals the truth about being 'that age' when you're meant to be young, free and able to do anything, especially sexually, but that the reality is always more disappointing than the fantasy. Peep Show does a similar thing but for slightly older people (and came first!). Miranda reveals the truth that fitting in is a lot harder than it looks, takes a lot of effort and can lead you down any number of blind or embarrassing alleys (in a way that many of the audience identify with). Outnumbered shows that if you try and parent by outwitting your kids - as many do - you will lose, especially if you're outnumbered by them.

Comedy shows - good ones - are often about a big truth, or truthfully exposing a big lie with truth. Friends did it. The show picked up on the fact that when you're young and single, after leaving your family and beginning your own new one, you rely completely on your friends. It had a ring of truth so had a good chance of connecting with the audience. They then created six brilliant characters and wrote fantastic joke. The truth is not enough. It requires art and skill to package the truth. But it's not all packaging. There has to be truth there.

So when plotting a comedy show, aim for a BAFTA and create a show that isn't just filled with jokes, or funny people, or amusing situations, or wry observations - but truth.
Posted by James Cary at 14:32 2 comments:

Labels: comedy, Getting On, in-betweeners, miranda, outnumbered, Peep Show, The Thick of It, truth

One of the themes of this blog is examining not just sitcom, but appreciation of comedy in general. And what interests me is how far opinions of critics differs from the opinions of regular viewers. Ultimately, the opinions of critics doesn't matter all that much since movies live or die by the box office, but it's frustrating to watch a movie lauded by critics that you found to be almost unwatchable.

As you can tell from the title and the intro, I just struggled to watch the Garrison Keillor movie A Prairie Home Companion, which was aired by BBC2 this evening (I was staying up to feed my four-week-old baby). I'm a fan of the Garrison K monologue (which I get as a podcast) despite being overly sentimental and ponderous, but it contains some decent jokes, and Lake Wobegan is a world that I believe and find funny.

But the movie is about the radio show as a whole, which takes place in a theatre, and is being closed down by the new network. It's not a great start for a motion picture. It stars Meryl Streep, Kevin Kline and Woody Harrelson among others - who are clearly big fans of Garrison. But nothing happens. Nothing. There's shambling and talking, singing - oh, so much singing - and nostalgia. People shuffle around the theatre and then go to a diner. And it ends.

I accept that, being British, I'm already onto a loser here, since it's about a radio show that's not part of the culture, and it's a yearning for a past that didn't exist in Britain - and barely existed in USA. It was directed by Robert Altman (he was good wasn't he?). And, of course, according to Rotten Tomatoes, most film critics thought the movie was unwatchable slow, dull, self-indulgent movie was lovely/wonderful/gentle/sweet/impressive/well-handled...

Fortunately, Open Water was ITV at the same time, so I was able to channel hop and experience the mild peril of shark death, which is how I made it to the end. Disappointing.
Posted by James Cary at 01:41 No comments: