It's partly laziness and partly overwork that has caused me not to blog as often as I have in previous years. But the main factor is this: time I would have spent blogging has been also been spent podcasting. 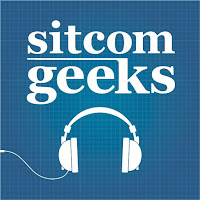 Dave Cohen and I have been knocking out a Sitcom Geeks podcast every fortnight for the last couple of years which has proved to be a lot of fun. It's the kind of show you wish BBC Radio 4 Extra would do, but don't, mainly because it's just too geeky.

Dave and I are keen to do more, up the content and maybe the frequency of podcasts. To that end, we've started a Patreon page so that you can become a subscriber and access various extra goodies. Do go and have a look.

If you're new to the podcast, let me point you in the direction of some of our greatest hits to get your started in no particular order.

In Episodes 42 & 43 we get some proper comedy wisdom from a Jedi Grandmaster of Comedy, John Lloyd. 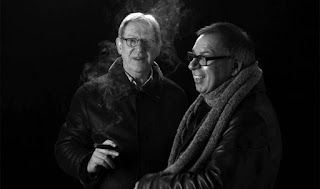 In Episodes 46 & 47, I go to Eric Chappell's house, yes, to his house and talk to him about his glorious sitcoms like Rising Damp, Only When I Laugh and Duty Free.

Episode 51 is a personal favourite of mine in which Dave and I talk with Tom Edge (Lovesick, The Crown, Strike) about working with producers. In this one, something just clicked.

Episode 57 is a deep dive into Ever Decreasing Circles with the super-writer super-fan, Jason Hazeley.

In Episode 50, we talk with more sitcom royalty, Marks & Gran (right) at a live event for the WGGB. 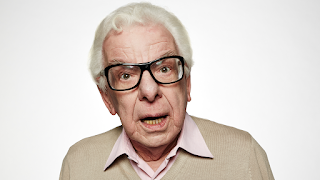 They're all here - thanks to the guys at British Comedy Guide - and on iTunes. Do have a look, and a listen. And if you like what you hear, subscribe to the podcast via Patreon and we can push the show further and make it more useful, exciting and special.
Posted by James Cary at 10:53 No comments:

3 Ways to Improve Your Sitcom Script On Your Own

So, you've written a script. You do improve it without input from others? Three ways leap to mind.

This is a metaphor obviously. Who prints out scripts? But the idea is that you write the script and allow yourself some time away from it. Write another script. Do your taxes. Go on holiday. Allow yourself as much distance as you can between drafts so that you can maximum distance on that thing you wrote. The more of it you can forget the better. And then you can be surprised by some of the jokes and the twists. Or baffled by your plot leaps that made sense at the time, but this time, not so much.

2. Print It Out and Switch off Your Computer

This is not a metaphor. Who prints out scripts? You. Print out the script.

Why? I find that reading scripts on a screen can be very unsatisfactory, not least because the internet keeps popping up, poking you and tugging at your coat. An easy way to avoid that is to print out the script, turn off your computer or walk away from it. I know. Don't freak out. How do you make changes without a computer?

Keep calm. Just get out a thing called a pen and make notes on the script. You might think of better of jokes, spot errors, realise scenes don't make sense or spot that a whole scene it boring or unnecessary.

The other reason I like to do this is because reading a script on your screen might encourage you to start making changes before you're ready. It's better to read the whole script through - ideally a couple of times - so that you can get a sense of the whole thing and whether or not it works overall.

Write a summary of your script, that's scene by scene or page by page. This is a new one for me. I thought I'd try it the other day and it really helped. You may well have written an outline before writing your script. But scripts don't always follow outlines. That can be a mixed blessing. So throw away that outline (metaphorically) - and write a new one based on the script you have actually written.

I find this helps me to get to the end of the script without trying to make too many changes and helps me see it as a whole. So make a note of the scenes, and how long they are. Summarise what happens in each scene. Key jokes and moments. Where are the turning points?

Doing this, you might spot that the key moments come too close together, or too close to the end. Or don't even come at all! You might discover that nothing really happens until page 12. It really needs to happen on page 4. You might discover one character vanished for 20 pages. Fix that. You might need to make some cuts. Or you might need to jiggle things around. Or a bit of both. The structural problems should become obvious. Or at least more obvious.

I'm about to do 2 and 3 to a script right now. (Be Lucky for BBC Radio Wales, since you ask). I wonder what I'll find?