Children’s sitcoms has often been considered a good ‘way in’ to writing Sitcoms for Grown-ups.  Those who work in children’s tv, however, often do not see it that way, and it’s not hard to understand why. Nine year-old boys and thirteen year-old girls are very different creatures. Your job is to make both of them laugh. That’s not easy – especially if you’re not a nine year old boy or thirteen year old girl. Writing for someone other than yourself is very difficult.

So let’s look at other difficulties and restrictions in writing for Kids first – given that I’m a writer and therefore the glass is not just half-empty, but smeared with fingerprints and lipstick.

Editorial policy
There are certain words you can’t use in Kids TV, and areas best avoided. There are obvious things like swearing and sexual references. But there’s the also the worry about imitation, and doing things that the children may try to replicate at home. It can be frustrating when you think of something brilliant, simple and funny that is so brilliant, so simple and so funny that you’re teaching the nation's children an amusing way of hurting themselves. You’re not supposed to this. I know. Political correctness gone mad, etc. 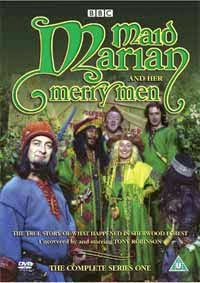 Children’s comedy often has children in it. It’s understandable. (Sidenote: At one point, CBBC had an insane hard and fast rule that all their comedies had to have children in them. You couldn’t even pitch a show that didn’t have kids in it because it wouldn’t even be considered. I pointed out that this would have meant that Rentaghost, Maid Marian etc, would not have been commissioned – and they seemed weirdly fine about this. I found this very frustrating, because when I was a ten-year old boy, I didn’t want to watch ten year old boys on the telly. I’d spent all day at school with ten year old boys. Ten your old boys are lame and annoying. I wanted proper funnies on my telly to help me forget I was a ten year old boy. The policy mercifully changed and they ended up with insanely popular and brilliantly silly Horrible Histories, so that sort of proves the point. Sidenote over.)

But there’s still a very good chance your children’s show will have some kids in it. That limits you in a couple of ways. The first is that there aren’t as many child actors as grown-up actors. And the really good ones can be quite hard to find. Obviously, a ten year-old actor has less TV experience than a forty-something, and the really good ones end up in movies, so you’re writing for cast who are feeling their way. What they do achieve is really impressive – but it’s not the same as writing for actors with a bit more telly under their belts.

And secondly, child actors can’t work twelve hours days. I know, I know. More political correctness gone mad. Thanks, Lord Shaftesbury. Well done. So filming becomes more complicated, the days are compressed and there is less time to get a scene rehearsed and really fizzing and funny.

Budgets
And on top of everything else, the budgets are tiny. Really insultingly small. The only upside of Kids shows is that you’re often not paying our tens of thousands of pounds to a big star to show up every week, but you are paying for chaperones for the child actors – and a lot of the other costs are the same or fixed. When you compare budgets with grown-up TV, what is achieved for the money is astonishing.

However
As a writer you are paid less for kids shows (but it’s still better than radio), but there’s an upside here. And others besides. The small budgets mean that the series are often longer. They tend to make a children’s series in tens or thirteens rather than sixes, so there are more episodes to write and you can make a living that way.

Plus, given one person can’t really write thirteen episodes, there are opportunities to get work on these shows – and write an episode or two and get some experience that way.

What normally happens if you can get through the door is that you’ll go to some writers ideas/pitching day, and maybe go away and write up some ideas and throw in some new ones. On the basis of that, you might well be commissioned to write an episode. You’ll need to a few outlines first – and then a few drafts of the script. Overall, it works a bit like the system I’ve written about here. But it tends to move fairly fast. Faster than Grown-Up TV. On Series 3 of Bluestone 42, we had a couple of readthroughs for each script – and ended up shooting draft six or seven. Sometimes draft nine or ten. One episode this year was draft 12b. And even then there are last minute changes on the day.

Speed
Because of budgets, and volume, Kids TV is faster and doesn’t really allow for that. Once the producer/script editor/creator is broadly happy with your draft (probably the third draft), it might be taken off you, tweaked by a Script editor (who knows what can be achieved on the budgets, with the sets and actors, Editorial policy etc) and the next thing you know, they’ve shot it and it’s on TV. And somewhere along the line you get paid.

You tend not to turn up the read-throughs or filming, unless you are the creator of the show. There just isn’t time to fiddle about. It can be frustrating feeling removed from things, especially earlier in your career when this script is a big deal and you want everything about it to be perfect and you feel like you’re never really in control of your episode. You might watch it on TV and shout 'Why did you change that?' or 'You ruined my joke!' but that is the nature of the beast. It's made fast for not much money - and you weren't there, man.

This is all my experience, anyway, based on writing episodes of Dani’s Castle, Kerching! and, a long time ago, Chucklevision. (I kid you not). I’ve also done quite a lot for CBeebies, but that’s for another time. If you have wildly different experiences to this, do leave a comment and share with the group.


Despite the frustrations and budgets, writing for kids can be great fun. The limitations really force you to be creative. And you’re writing for an audience that can be much more open-minded than adults. You can do some really daft stuff that just wouldn’t sit on BBC2 at 10pm, or E4 at 11pm.

Plus the lack of profile of Kids TV can be a good thing while you find your creative feet and learn your trade. You don’t have AA Gill lying in wait, ready to shred your pathetic attempt to make a smile pass over his cynical, tired cakehole. And that has to be a good thing.

-------
If you want to hang out with @sitcomgeek, and talk about stuff like this, I'm doing a few workshops alongside the talented, funny and delightful Dave Cohen (who also writes the songs for Horrible Histories, among many other things). Two different sessions on Sitcom Writing (12 & 13 March) and one session on Breaking In to Comedy (20 March). More details here.
Posted by James Cary at 14:47 No comments: