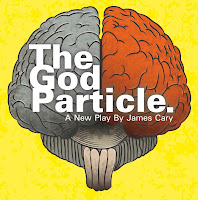 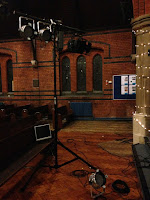 A few weeks ago, I was asked a few questions about Bluestone 42 for an article on the BBC Website by @NicholasLBarber about comedy and war, prompted by the Dad's Army movie. I thought some people might be interested to read that e-interview in full.

Did you have any doubts about writing comedy about such tricky subjects?
I’d grown up watching M*A*S*H so once you’ve seen a show set in a military hospital in the Korean War you realise that, in sitcom terms, anything is possible. And quite often, the more extreme and incongruous the situation, the better. Though not always.

Were there any particular angles or insights that made you believe that you could do it without alienating viewers?
We realised that we had to get the tone exactly right, but we were optimistic we could achieve that if we did our research properly, and spoke to actual soldiers. Especially those who had recently been in Afghanistan. We did our best to make sure our material was gleaned from first hand witness and reliable sources rather than war films. In the end, almost every episode of Bluestone 42 has stories, scenes and moments that are firmly rooted in fact. The irony is, of course, that soldiers themselves watch a lot of war films and are heavily influenced by them. But overall, we wanted to show how these professional guys and girls go about their work in a very odd and stressful situation.

Did you come up against much resistance to Bluestone 42, before or during production, ie, did anyone think the topic was off-limits for comedy?

I think straight away most people realised the upsides and downsides. When the show was announced, before we’d even made it, we had a few MPs and tabloids say that this was completely inappropriate. As the show was being made and broadcast, the BBC were nervous at times, but we stuck to our guns (if you’ll pardon the pun). In the end, we probably got more criticism for not being satirical enough about the war and their view of it’s legality. We would happily have written a more satirical show but given soldiers were our main focus, we discovered that they weren’t all that interested or concerned about the rights and wrongs of the war in Afghanistan. They were keen to use their hard-won skills in a place where it mattered. I think that comes across in the show.

Looking at it from the opposite angle, what is is about warfare which is actually an attractive subject for comedy? 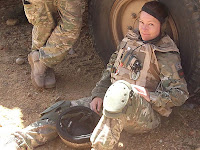 In a sitcom - or indeed any drama - you’re looking for high stakes. You want people’s actions and decisions to matter - and what could be higher than ‘if you make a mistake you’re dead’ or worse, ‘if you make a mistake, someone else is dead because of you’? War gives you that on a plate. And war also gives you a lot of time to sit around and talk, and make you’re own entertainment because you’re away from home. You get the best of both worlds. Also, groups and teams are put together by the military authorities, so you have no say over who you’re serving alongside. This means they’re just like a family - and you have no say over that either. But just as families love each other, soldier have a mutual respect and affection which can often be every bit as close. They are literally brothers in arms.

Is it easier to be funny about a 60-year-old war which most people believe was noble and heroic than a contemporary war which is more divisive?
History certainly gives some perspective, and after the Second World War, we realised that the Nazis were even worse than we thought when the concentration camps and death camps were found. What this means is that you have very clear ‘goodies’ and ‘baddies’ narrative that means you don’t need to have any concern for the bad guys. Indiana Jones can shoot as many as he likes and it’s fine. With a mainstream sitcom, you want simplicity so that confusion or ambiguity doesn’t get in the way of the jokes. Nuance is for comedy drama or novels, where you can also hear or read peoples' thoughts and internal monologues.

With Dad’s Army, even though it wasn’t on long after the war had ended, you have that clear ‘Goodies/Baddies’ narrative. And you can increase that polarity with the idea that the Home Guard are not only the good guys, but the underdogs because they’re old and ill-equipped. But they’re plucky, brave and patriotic. So they really are the good guys - and therefore if they behave badly, or foolishly, we’ll forgive them because they are good people. 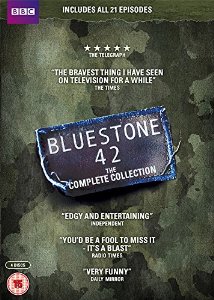 One aspect that separates a contemporary war comedy from one set in the World Wars or Korea is that that combatants aren’t conscripts - they’ve chosen to be there. Does this make them harder for a civilian viewer to identify with?
I think it just changes the tone. We might feel pity for a conscript who is fighting somewhat against his or her will. That particularly comes across in It Ain’t Half Hot Mum, where they’re clearly not cut out to be soldiers but are serving all the same (albeit after the war). One thing I enjoyed writing in Bluestone 42 was the fact that our soldiers were used to being a war zone, and they responded to gunfire and threats like soldiers rather than civilians. And that makes it bit more interesting to me, at least.

So that's it. If you want more, there's more on military accuracy here, and more on the origins of the show here. And you can get all three series as a boxed set here.
Posted by James Cary at 20:35 No comments: