It's increasingly hard to get useful notes on spec sitcom scripts from producers and agents these days. Lots of production companies won't even read them. (It's a copyright protection thing, apparently)

You could, of course, spend thousands of pounds on a screenwriting course, and get a Masters. That's fine, but it doesn't count for all that much when hundred of people turn up to a studio to see your show and expect to laugh. They tend to prefer jokes to bits of paper saying you're funny and that you can write. 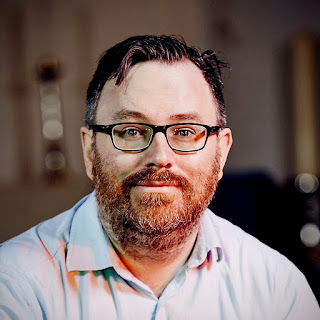 The alternative is to learn by observing and doing. Watch sitcoms. Read scripts. Think about them. Write scripts. Rewrite scripts. Read blogs and listen to podcasts. Great. That's what I did. (Didn't use that BA Hons in Theology from the University of Durham, but there it is.)

But if you're learning by doing you might need a bit of a guiding hand here and there. You might want to invest in some notes so that your sitcom script, your precious jewel, is as polished as it can be.

So, if you would like me to read your sitcom script, I can do that.

There is a charge for this service. Sorry about that. And I'm not cheap. But, if I may say, I'm probably cheaper than paying someone to fix your boiler.

Plus, I have written or co-written over 150 episodes of broadcast TV and Radio comedy (Miranda, Bluestone 42, Hut 33, Think The Unthinkable etc), so I know what I'm doing, because I've done it. And I'm still there, doing it.

Drop me an email me here.