What Makes A Truly Great Sitcom?

If you're reading this blog, you may well be trying to write a sitcom?

Probably because you love sitcoms. There were some you loved growing up, then you found other shows and loved those. And there’s something that sets the format apart from dramas, murder mysteries and movies.

You’re wanting to write a sitcom as good as the great ones you watched. That’s the aim. The gold standard. That’s certainly the case for me. I was hooked by shows like Blackadder, BBC used to show Bilko (The Phil Silvers Show - much loved in the UK, much forgotten in the US), and then M*A*S*H, others shows like Rising Damp and Only When I Laugh, and then I discovered Yes Prime Minister, which is my favourite British show. And by favourite American show is probably Seinfeld, even though, like all Comedy writers my age or older, I love the Larry Sanders Show.

Obviously, I set out to make shows that good. If you’re in this too make money, you’re in the wrong game. The odds are not in your favour. You’ve got to be in it because you love the form and you have something to say.

So here’s a question that’s worth considering:

This is a different question from what you need to make a good sitcom? Or what are the key ingredients? The answers to most questions like that is normally 'characters'. They are what draw you into a sitcom. The idea or setting might grab your attention. The plots are need to feel fresh and original, sure, but they are only really the ways in which your characters express themselves. Maybe you’ve read Story by McKee, or at least we feel like we have.

But story and character are not enough. The show needs a reason to exist NOW.

In fact, this moment is in an episode of Seinfeld when Jerry and George are pitching a sitcom to NBC (see it over on Youtube HERE) and the studio executive says ‘Why am I watching it?’. George says ‘Because it’s on TV.’ To which the exec says ‘not yet.’

The show needs a reason to exist. In that case with in Seinfeld, the reason was Jerry was a rising comedy star so that’s why he was pitching (and his friend George was ruining it). In real life, that might apply to Bill Burr, Melissa McCarthy, James Acaster – and you get sitcoms that do fine that come from comedians you’ve seen on panel games.

The Secret of Comedy

We all know the secret of comedy is timing. But it's not just the timing of the joke, but the timing of the show. When does it comes out? Is it riding a wave, or predicting the future in a believable or satirical way? Shows like The Day Today felt like the creators had seen the future, or at least where we were headed. It was like now only more so. This was the direction of travel of news. And they weren't far wrong. It felt perfectly of the moment. It was a truly great show, albeit not a sitcom.

The New Statesman is an example of a sitcom that was truly of the moment, satirically pushing Thatcherism to it's ultimate conclusion via the grotesquely evil and wonderfully named Alan B'Stard played by a comedy actor who was also of the moments. The planets aligned. 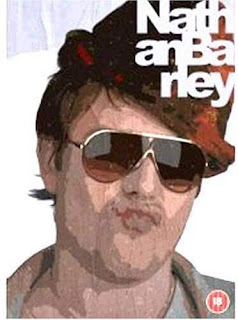 But timing is difficult. The experienced pros can get it wrong. Look at Nathan Barley which felt like it had missed the boat. The man behind (and in front of) The Day Today, along with the consistently brilliant Charlie Brooker, served up a sitcom that felt like its moment had already passed. It came out in 2005. It felt like we had all noticed this mad world of new media was filled with lightweights and airheads. The dotcom bubble had burst a few years earlier.

I was rather puzzled when I watched the show, expecting something more prophetic. If the show had launched in 1998, it would have been truly ahead of the curve and hit its stride when the bubble was burstying.

It's one reasons why the broadcasters should make more historical comedies. They don't date. We still love Blackadder. Dad's Army still dominates the BBC2 comedy ratings. Maybe we should all take another look at the French and Saunders sitcom Let Them Eat Cake.

So there's something timely about a show that makes it great.

The Thick of It was a very timely show. There was a freshness to it which showed how we did politics then (and now) in a state of panic and terror and a media that sees and reports everything. It was well written and craft, with brilliant monstrous characters along with some jaw-dropping lines. One or two clips still give me a rush, like the time Malcom Tucker pushes back at the Goulding Inquiry and refuses to accept that he is the bad guy. And his scene with Olly, trying to talk about Star Wars, is just amazing. It's a great show. I watched every episode. It has all of the key ingredients. Including timing. It was timely. It was of the moment.

The only thing that could be better is being timeless, which is why there is a show I prefer to The Thick of It. My favourite sitcom of all time, Yes, Prime Minster. It's the Rolls Royce of sitcoms. Not only is it engineering perfection, but it feels like it's never out of date.  Each episode is about an issue of contemporary life or public policy which is then examined from both sides in a measured and considerate way, by two wonderful characters played by brilliant actors whose lines are not only perfection but very very funny.

It's up there with the very best of Oscar Wilde and GK Chesterton. It's stuff people will still be quoting in a hundred years time. It's timeless. And truly truly great.

There is only one thing better than being timely and timeless. It is this:

Of course, some shows aren't just timely or timeless. Somehow, they are both. And maybe that's why the platinum-sitcom in the UK remains Only Fools and Horses. It was, in its pomp, the ultimate sitcom in reflecting its time – and our story as a nation. Del Boy's journey from scrapping borderline criminal market trader dealing in probably stolen goods to wannabe yuppie. It was exactly of its time.

Even Rodney's journey from trading sidekick to computer programmer said something about the times. 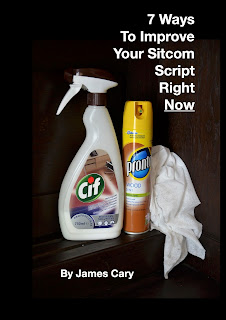 But the whole show was about a family scrapping to survive. What could be more universal and timeless about that? Which is why it’s never off our screens, the Christmas special did huge business, it came back for some ill-advised new episodes, and it went on stage at the West End. People can't get enough of it. Because it's truly great.

This is what we’re aiming for in our sitcom scripts. Something either timely, or timeless or both. But this is, of course, easier said than done.

I say all over the above on my YouTube channel called The Situation Room.

And from 7th January 2020, my video course will take you through the whole process from beginning to end.

But if you’ve got a script that needs some improvement, there’s a lot to be said for making it as good as it can be. In which case, get my handy guide called 7 Ways To Improve Your Sitcom Script Right Now.