They also observe. They think. And remember.

A few people have photographic memories, or brains like an index card system. Good for you. The rest of us have to write stuff down. But have we made that a habit? Have we made a plan to do that?

We see things; we hear a turn of phrase; we read something intriguing; we have a thought; we need to record it. It might not be profound in itself, or even original, but it is noteworthy. So note it, and come back to it another time.

For many, the blank page is terrifying. Where do you start? What are you going to write? One is rarely inspired with the right ideas at the right moment. You need to starting points. You need boosters. You need a spark to ignite something. That’s what these notes are. Sparks that might catch.

My main job is writing sitcom episodes – and helping others to do so. When developing characters, stories and plots, you don’t want to be sitting gazing into space thinking, or at least not for too long. You might produce a few ideas that, but you don’t need a few. You need dozens. Hundreds. The hope is that one of these ideas will be exactly the right shape, size and tone for the moment. The way to generate these ideas is to make notes and then start working through them when you need to turn vague ideas into paper-based reality.

Relying on scraps of paper stuffed into your wallet is not a long-term solution.

If you want to develop the habit of taking notes, you need to a system that will work wherever you are. The options are fairly obvious.

Do you have one? I do. Several (see pic)

Even more crucially, do you know where your notebook is? I probably don’t.

Do you have a pen handy? I almost certainly don’t. Get a notebook and pen. Even better, get a notebook which has a slot for a pen.

Don’t get a notebook that’s so nice and expensive that you don’t want to spoil it by writing in it. Get a cheap exercise book or make a wad of paper with a bulldog clip. And have it in your bag. (TK Maxx sell very nice notebooks, including Moleskine ones, for a fraction of the price you’d pay elsewhere, if you have a rummage. You are welcome).

So get a note book. Somehow attach a pen so you can always write in this notebook. And make notes.

Even if I have a notebook handy, I won’t be able to find a pen. But I do have a phone and a thumb. So I make heavy use of the Notes app on my phone. 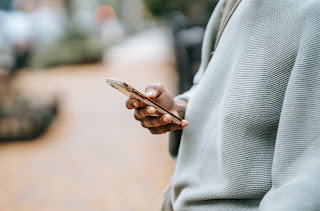 If you’re unable to type for whatever, it does a pretty good job of taking dictation and turning it into text. (Andy Riley told me that.) In fact, even if the text is garbled and some words are transcribed incorrectly, you can still remember the overall point of the note. You could correct it later too when you’re not driving or washing up.

There are at least two upsides of making notes this way.

The first is that they are backed up, and magically appear on my desktop app, so they are accessible.

Secondly, they are searchable. If there’s a key word on half-remembered idea, I can search for it and will probably find it. Probably.

For quick ideas that occur to me while walking or reading, I use my phone. To make other notes for more long term projects, especially if it’s collaborative, I use an iPad, an Apple pencil and the Notability App, but there are lots of alternative tablets and apps. I rarely share these notes (my handwriting isn't pretty), but I could if I needed to. I might type them up later and if I’m on a busy train, I can see the notes on a screen via my Dropbox and I can type away, without taking up extra table space. Handy. And it's these marginal habits than can make a difference, and make you more productive. So give them some thought for the coming year. 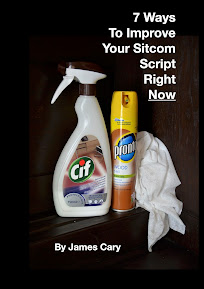 As I’ve said, I have serious trouble keeping hold of pens and pencils. And after losing two different Apple pencils, I hit upon the idea of an iPad case that has a slot for the pencil. In fact, my friend Freya suggested that. And now it’s yours. You are welcome.

My new video course, Writing Your Sitcom, launched soon, but for now, if you have a script a polish before sending off to the BBC Writersroom or an agent or producer, I've produced a PDF of 7 Things You Can Do To Improve Your Script Right Now. Get it here.