The Feeling That Never Goes Away 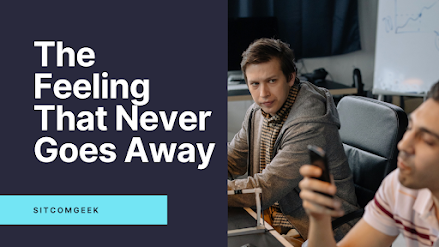 If you’re in the business of writing sitcom scripts, you’ll feel it a lot. The feeling is this:

Why are other people doing better than me?

Why was my script not shortlisted in that competition?

Why did that other writer getting representation?

How did that half-arsed, average comedianhack end up with their own sitcom?

In my case, it is more like when someone you used to work with writes a big show which is critically acclaimed and recommissioned. In your head, you’re saying:

Hang on. I used to be in a writers room with that bozo. And I was more experienced than them. And now they have an highly-acclaimed streaming series? In fact, I think I once paid for their lunch. They owe me money…

You could call the feeling Girard’s theory of mimetic desire. Or you could just call it what it is: the green-eyed monster of envy.

It’s not a pleasant vice to own up to because it so bitter. A line attributed to Gore Vidal, but not original to him, sums up this sentiment:

It is not enough to succeed. Others must fail.

So, here’s are two bits of advice for those experiencing envy, so this is for me as much as for you:

Stop it. This constant feeling of bitterness and envy is going to eat you up, like some creepy, soul-sucking Gary Gygax creation from Stranger Things. Resentment and envy might make you productive for a while. The whole 'I'll show them!' feeling might give you a burst of creative energy. But the feeling will never go away, especially if you feed it. So take action. And here's one way you can do that:

You have control over what you write, and over how you improve your craft. Focus on that.

You are in a boat being tossed around by the wind, waves and currents. You just control your rigging, rudder, sail, outboard motor or whatetver. (I’m obviously not a sailor.) 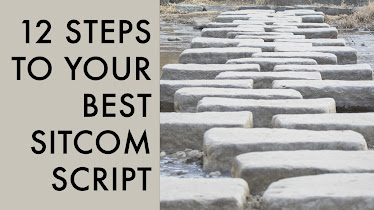 Focus on your craft, your ideas and your scripts. And if you want to do that, I can help you with a really clear and simple 12 Lesson video course. And it's even better if you take action before 4th July - like a couple of session with me.

So go on over and have a look and how you can write a sitcom script you’re actually proud of.