What are the golden rules of sitcom?

It's worth asking because comedy dramas are everywhere. If you want to know the difference between a sitcom and comedy drama, go here.

But what about your classic sitcom? What are the golden rules? There aren't any. Or many. They're aren't even silver rules. Maybe somewhere between silver and bronze. (Brilver?) And some of them aren’t even rules, but merely ‘things that tend to work’. So this is Thirteen Brilver Things that Tend to Work in Sitcoms. In no particular order. But I've called them rules anyway.

A sitcom is, to some extent, the same show every week. The same characters make the same mistakes. They don’t learn. They don’t change. Your character is not moving to Nepal for good, even if they talk about it for the whole episode. Your character won’t start listening to advice, even if the moral of the story is that the character should listen to advice. And even if though they do ‘learn their lesson’, they’ve forgotten by next week. In one sense, it’s more true to life than any art form.

Sitcoms normally take place in a 24 to 48 hour time span. For some reason, three days feels too long, even if it’s a bit more plausible. It means that people end up throwing parties and giving people a few hours notice and guests still turn up. But that doesn’t seem to matter. It's a sitcom. And the audience implicit understand the compression of time because they're smart. And they've watched a lot of TV. The glaring exceptions to this timeframe are the episodes that are ‘real time’, like Miranda at the psychiatrist (Just Act Normal) or Jerry Seinfeld, Elaine and George waiting for a table at a Chinese Restaurant.

Given you’ve only got 48 hours, and about 32 pages, start your story as soon as possible. It’s amazing how many scripts I read which have the characters talk and talk and talk, but not actually do anything or even threaten to do anything until about page 14.  Give your main characters achievable goals as early as possible. Show who they are by having them do stuff.

Rule 4: Give your Characters HELL

Having given your characters achievable goals, make their lives an utter misery. Make the goals suddenly seem very far away or impossible. But don’t just throw your characters under a bus. Give your characters good reasons to go in completely the wrong direction - or step into the path of a bus. Give your main character characters conflicting goals. Ask yourself why this day of all days is the worst possible day to pursue that goal. And read THIS on the subject. And also read THIS brilliant blogpost by Chuck Wendig.

Stories can get very complicated very easily. Remember you’re writing comedy, not complex boxed-set drama. You want the audience to laugh. And if they don’t know what’s happening, or are struggling to keep up with the plot, they won’t laugh. And one of the mantras of this blog is 'Confusion is the Enemy of Comedy'. If you want an example of brilliant clear plotting, watch The Goldbergs.

Rule 6: Don’t Get Caught by the Logic Police

Make sure every action taken by your characters has a good reason, rather just being a convenient contrivance. Everything must make sense to your characters at least. It undermines the alternative reality you're trying to build if the audience are saying 'No-one would ever do that'. Read more on that HERE. Having said that:

At the very end of the script, it’s surprising how far you can push things, even if they overstep the bounds of logic for a moment. This probably isn't your character doing something unbelievable, but more of a sequence of events which act as a topper to the main story. Your main character could walk into their living room after the big moment and find it full of mini-wind-up robots that were mentioned a while ago. How the robots were unpacked and wound up, we don't know but it's right at the end so it's probably fine. In the last two minutes, you can get away with an awful lot. Having said that:

A chance event cannot solve your character’s big problem. It has to be something they or another character does, ideally at great cost to themselves, that gives you the resolution. You don’t want any new information in the last third of the show. Often, a good plot is resolved by having a regular character do something that was staring them in the face all along, but they – and the audience – just couldn’t see it at the time.

Outside characters feel like they can be very exciting and funny, but the audience really don’t want to know about them. They just love the regular characters, so the only point in having outside characters is to make your regular character do funny things. Where possible, use your regulars. If your character wants to get fit, and hire a personal trainer, have someone we already know volunteer. It’s almost certainly going to be funnier. Sure you can build a big family of characters over time, but think about that on Series 3. In the meantime, there's more on this subject HERE.

If you’re a studio sitcom, keep your location shooting to a minimum. You want as much of the action, and especially the denouement, to take place in front of the audience. You're filming a play, not a short movie.

If you’re writing a pilot script, make sure the first line spoken by each of the main characters is really significant for that character, or tells us a lot about them. Given them a prop, or something to wear as well to reinforce that. How we first encounter them makes a deep impression, so make sure it’s the right impression. More on that HERE. 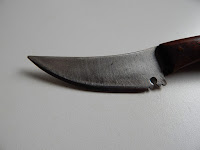 Don't just be brutal on your characters. Be just as brutal on your script. Every line of your script should either be a joke, a character line or a plot development. Ideally it should be at least two of those three. Either way, once you’ve written your script, forget about it for a couple of days, then print it out and go through it with a pen, and cross every single line that isn’t a joke, a character line or plot development. You just don’t have room for those lines. And you’re better off with a tight 29-page script than a baggy 40-pager. I learned that the hard way HERE. Also there's more on polishing your script HERE.

You can write about anything you like. Anything. This especially applies if you’re not a writer-performer. Your acting ability and persona are not integral to the piece so you can write about anyone, anywhere at any stage of their life and at any point in time. Make the most of that (more on that HERE) And don’t be persuaded by stories of what commissioners are looking for. Ultimately they’re looking for a show that’s funny. And that’s more likely to be the case if your write in your original voice about things you’re passionate about, rather something cynical and hacky.

Write the show YOU want to write, rather than a show you think you can sell. More on that HERE.

Maybe there should be rules on dealing with exposition (more on that HERE), story lining (HERE), and what to do with your script when you've written it (HERE and HERE).

I'll be talking about this list on a free webinar Q&A chat on Friday 25th June at 5pm. Just sign up (for free!) to the Situation Room and you'll get access, along with links to three videos about Writing Comedy Drama, Plotting Your Sitcom and Creating Comedy Characters. Join here.
Posted by James Cary at 12:33