Why You Should Consider Writing for Radio

There is no doubt that TV is where it’s at. Every new TV sitcom that comes out is reviewed by all and sundry, generates a thousand tweets and opinions. The aspiring comedy writer could be forgiven for overlooking radio. But they’d be missing out on acres of opportunity.

The industry talks about radio shows being a testing ground for ideas. Quite a few began life on radio or were tried out there: Miranda, Little Britain, People Like Us, Goodness Gracious Me, Hitchhiker’s Guide to the Galaxy as well as the old classics like Hancock. This is true, but in the first instance, I would urge people to see it as a great place to learn their comedy trade regardless of the future of any particular show or idea. Loads of writers spent many years in radio writing for shows like Weekending and The News Huddlines before going on to television.

I started writing as Weekending was drawing to close. That led to my writing the occasional sketch on The Way It Is, sharing a table with likes of Simon Blackwell, who’s gone on to write for The Thick of It, Peep Show and Emmy-winning Veep. We’re all trying to catch him up, but it’s not a competition (unless you make it one). Ideally, these shows give you friends and colleagues who work in the industry and you all go through it together. Some have found writing partners on these shows. 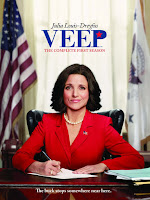 Then there’s the experience of getting some jokes on the show. Nothing can beat the buzz of hearing your material being broadcast to the nation – especially if you wrote the joke that week. And especially if the joke is actually funny. When you’re struggling to make an impact in the industry and scrape a living, you need all the boosts you can get.

A Great Place to Write
All the above is true enough. Radio is a great place to start. But I see radio as an end in itself. It’s a great place to work and write. It’s interesting that a number of writers come back to radio because of the creative freedom it affords. One notable example is Andy Hamilton – who wrote the wonderful Million Pound Radio Show with Nick Revell from 1985-1992. Then he had his monster Channel 4 hit Drop the Dead Donkey with Guy Jenkin – but came back to radio to do Old Harry’s Game and Revolting People, two shows that couldn’t really happen on television. And he did these while writing another monster hit for TV in Outnumbered.

What is it about radio that gets writers coming back to it? The medium itself is certainly intimate. If TV is like being yelled at, radio is like a pleasant side-by-side conversation. It’s more like reading a novel, where the pictures are in your head – and the special effects are so much better, and far more memorable for it.

The attraction may also be the business of writing for radio compared to television – where there are so many people in the way. In radio, it’s mostly you, the producer and a broadcast assistant. There aren’t too many execs or suchlike floating around making your life more complicated than it needs to be. The audience of two hundred or so will keep you honest on that front. And then there’s the cast.

A note here about casting, which is so much easier for radio, since radio recordings requires comparatively little rehearsal, no make-up and no line-learning. Assembling a really good cast is comparatively easy. Through radio, I’ve had the thrill of working with some superb actors who have significant profile. Apart from that, they have real experience and talent and can really lift the script with their performance.

The Script is King
Because the process is so pared back in radio, the script is everything. In television, the writer can feel like a small part in a big machine – and this can tempt one into thinking that the script is only part of the process. It isn’t. The script is king. Radio teaches you that in a hurry. There’s no hiding in radio – and so as a radio sitcom writer, you learn fast. If the show misfires, it's unlikely to have been a technical fault. Most likely, it's a script error, a string of duff jokes, a confusing plot turn or a badly defined character. In other words, it’s your fault.

In radio the scripting has to be so rigorous, because you can’t rely on cinematography or clever tricks to hide poor writing. So you should improve really quickly, standing you in good stead for when you do get that opportunity in TV. By the time Bluestone 42 was commissioned, I’d been writing half-hour script for radio for ten years, so I wasn’t over-awed by the task in hand. I was ready.

Land of Opportunity
BBC Radio 4 puts out comedy every week night at 6.30pm, and often at 11pm, and 11.30am. It’s at least 12 half hour slots a week, 52 weeks a year – to say nothing of the 200+ afternoon plays that are on every year, some of which you could write. It’s not like television where there might be two or three sitcoms on per week across all TV Channels, if you’re lucky. And everyone is scrapping for those few slots and budgets. On the radio, it always feels like you’re in with a chance if you have a decent script.

A Great Place to Fail
It sounds odd, but the fact that radio is lower in profile, as we said at the start of the chapter, is a good thing. It makes it a great place to fail. We all fail as writers – and even if the scripts seem funny and the cast seem right, the show might turn out to be a soupy mess. Success is all very fine and large, but failure is your friend. You learn through failure – humility as much as anything else, and that is no bad thing. 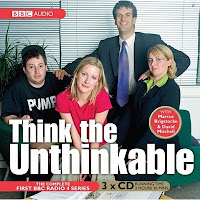 A while ago, I had a nice show running on Radio 4 called Think The Unthinkable, starring Marcus Brigstocke and David Mitchell, among others. I tried to get a new show up on its feet called The Pits, set in the fictional British Opera Company. It starred Paula Wilcox, Phil Cornwell, Lucy Montgomery and John Oliver. Yes. That John Oliver. I thought it was okay and could have developed into something – but Radio 4 didn’t like it. The press completely ignored it and it vanished without trace. Google it. You won’t find it. It’s not even on Wikipedia. But on TV the press, I’m sure, would have torn it to shreds.

Then again, it would never have happened on TV because there probably weren’t any slots, especially not for an elitist show about posh music.

So my advice is to think seriously about radio. Listen to it. There are loads of sitcoms on Radio 4 Extra HERE. At the time of writing, and given what's there at the moment, I'd especially recommend: Cabin Pressure, The Music Teacher, Old Harry's Game, Giles Wembley-Hogg and the truly joyous Bleak Expectations. But there's loads more.