The Other Key To Sitcom Success

In the last post, we saw how sitcoms are risky, but can really pay off. If you back key talent and take a few chances, in the long run, you’re going to hit on something that’s huge, repeatable, wonderful and very profitable.

There will be sitcoms that fail for whatever reason. On the Sitcom Geeks podcast, we enjoy talking about them, partly because failure is funny. But also examining failure is often more informative than the successful show where success seems inevitable. (It wasn't)

On the podcast, we were able to talk to Steven Moffat about Chalk (listen for the amazing story he tells about Steve Coogan). We also spoke to Graham Linehan about the sitcom before Father Ted, called Paris; John O’Farrell about The Peter Principle; and Pete Sinclair about Mr Charity.

Before we move on, let’s just remember that the much unloved Chalk ran for two series.

Let’s take another random example that just occurred to me. Remember the Chris Barrie vehicle, Prince Among Men? Of course you don’t. It was about a former footballer-turned-entrepeneur. It didn’t do well, but it also ran for two series (1997-98).

As did The Peter Principle. The BBC used to do that, and didn’t worry too much about sniffy critics sneering at mainstream attempts to be funny.

Schedulers and financiers might look at the millions of pounds spent on Chalk, Paris, Prince Among Men, The Peter Principle, and Mr Charity – and bemoan the waste. How could those shows have been avoided? Or dumped after one series at the very least.

This entirely misses the point and the process. These shows are key to the successes of future. Failed projects are not just regrettable or unavoidable dead ends. They are learning opportunities. They provide experience. And they are experiments which might yield unexpected results that could be applied elsewhere.

So here’s my final point in this series. I’ve said success breeds success.

You know else breeds success? Failure.

We’ve all heard the stories about the making of all our favourite shows. (Although our chat on the podcast with Clement and Le Frenais about The Likely Lads is fascinating!). One of the best series about sitcoms in recent times was Comedy Connections. This show did a terrific job of demonstrating how shows came about, not just in the minds of writers, but how producers, directors and actors were brought together.

Watch Comedy Connections, you will see multiple references to sitcoms you’ve never heard of, that came and went. Maybe they were a disaster. Maybe they lacked the magic you need to get beyond that second series. But often, the failure produced some new information. A new name was discovered, or a double act seemed to work, or it turned out that certain writers wrote well for specific actors.

All of this hard-won experience was then carried over into shows where it appears that success seemed inevitable, or the writers got lucky. Luck is undoubtedly a part. And experience doesn’t always lead to success. But we can learn from the mistakes either by not repeating them, or discovering something we didn’t even know we didn’t know along the way.

Failure is likely. Success is the outlier. Sitcoms not only need to be given time, but also allowed to fail. In fact, let’s put it more starkly still to make the point:

And stick with them for a couple of series.

Why? To produce more good and great sitcoms.

You can’t tell when making them which sitcoms are bad and which are good.

You can’t tell which will start bad and will get good.

You can’t tell which will resonate with the audience and which won’t.

You can’t tell which ones that look so good to start with and sounded so funny ‘in the room’ would turn out to be a disaster. (Listen to our chat with Paul Mayhew Archer who said that the recordings are Chalk were utterly hysterical. And that the readthrough for Johnny Vaughan’s ‘Orrible were similarly hilarious) 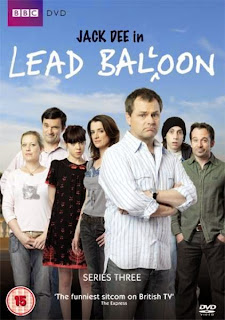 You can’t even tell why the successful sitcoms will turn out to be successful.

Paris contributed to the success of Father Ted.

Prince Among Men went on to, erm, to do The Brittas Empire? No that was before. Okay, you got me on that one. Maybe it was a big break for some cameraman called Steve.

At the moment, every mainstream sitcom is an isolated outlier. So the pressure on them to perform goes up exponentially. But the irony is their rarity makes them even less likely to succeed.

You can’t have success or failure without more actual mainstream sitcoms.

The talent is there. And in the long run, it makes money. Let’s invest in sitcom. You know it makes sense.

I’m done. Four part rant over. Next time, back to the technical stuff.

I'm running a free 90-minute webinar on Plotting Sitcoms on Friday 21st May. Places are limited so sign up to the Situation Room for access to that webinar HERE. 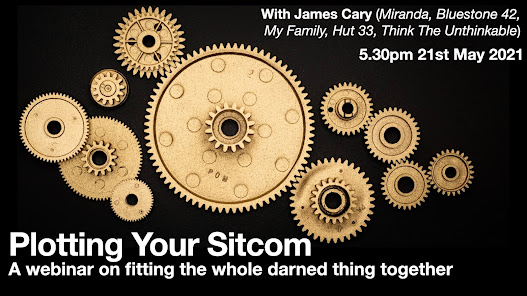