How Mainstream Sitcom Pays Even More Than Crime

In the previous two posts, I wrote about the lack of mainstream situation comedy on BBC1, and the lack of confidence in sitcoms to get ratings to compete with Line of Duty's 9.5m, how the talent is already there, and how success breeds success.

And I should probably wrap up this series and talk about actual writing, which makes me properly excited. Moreover, there's no point fretting about the state of the industry since I have no control over that. Just the scripts that I write. But there’s no point in talking about half hour sitcoms scripts if they’re not being produced.

And they are! On BBC3, E4, Apple TV, Dave, Sky Atlantic and all over the place. Lots of these shows are appealing to a narrow demographic. Some of these shows are strange, experimental, niche, authored and personal. That’s all great. We need to hear these voices, and try new things, even though the same basic rules of sitcom and storytelling underpin these sitcoms too.

But there is a special place in my heart for the mainstream sitcom, which can be understood and enjoyed by kids and grandparents. We live in a fragmented society that is ripping itself apart over so many issues. The unifying effect of a Del Boy is not to be underestimated.

The Other Home of Mainstream Sitcom 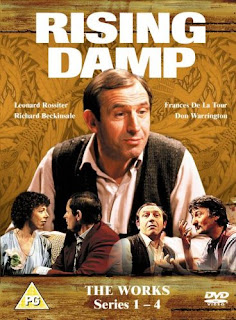 So far, I’ve barely even mentioned ITV1, which used to be the home of stunning comedies like The New Statesman, Rising Damp and gave us Men Behaving Badly before it moved to the BBC. In terms of mainstream sitcoms, ITV1 has kept the flame alive, with the return of Birds of Feather and another series of Kate and Koji.

The forces at play on ITV after very different from those of the BBC. The Corporation is, of course, a political football and now has to find millions of pounds to pay for free TV licences, but ITV has been dealing with fluctuating advertising revenues for decades. A genre like sitcom might seem ‘risky’ to BBC1, but it may appear suicidal on a commercial channel where balance sheets can turn very red very quickly and have dire consequences.

I've argued that there is so much British writing talent and experience, situation comedy doesn’t seem like such a big risk to me. I've also said that success breeds success and can bring you huge ratings for decades. It’s easy to overlook the fact that commercial has produced many of the greatest sitcoms of all time:.

We all know that the stars of Friends and Big Bang Theory were getting a $1m an episode by the end. This is a drop in the ocean compared to back-end profits, repeat fees, residuals, merchandising and syndication rights where the sums are eye-watering – and mouth-watering if you’re an investor looking for big long-term bets. They say crime pays. Sitcom really pays.

Experienced investors know that most things aren’t profitable. This includes sitcoms. Whether you’re developing a new product, widget or sprocket, the chances of short-term success are small. But not zero.

How do you reduce your risk? With more products, widgets and sitcoms rather than gamble the farm on just one. So American TV networks commission fifty, maybe even a hundred, writers to write scripts. Of these, fifteen or so produced are pilots, three of which are green-lit for series, only one of which might make it to the end of the first season.

The rate of attrition is very high, and not for the faint hearted or the casual investor. But the thing that keeps investors going is the rewards. In their case, not social cohesion, but Benjamins for the shareholders and bonuses for execs.

It’s Not So Sunny In the UK

Granted, the UK market is different from the US market. But the principles are the same. Hundreds of millions are being spent on comedy. But where are the big returns? In mainstream sitcom.

Here's the reason why it's a better bet than its low-risk comedy alternative, the panel game: I don’t want to watch an episode of a panel game again and again. Even one I really like. 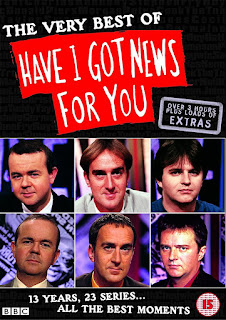 It's nice to be reminded of that moment on Have I Got News For You when Paul Merton ended up next to a tub of lard. And I've love that bit of Would I Lie To You? when Bob Mortimer convinced David Mitchell that Chris Rea had persuaded him to crack an egg into his bath. Do I want to watch the whole episode again? Probably not? The whole series? Twice?

The panel game is the low risk option. Reliably funny people are being funny in a reliably funny format. And you can shoot ten of them in no time. If your panel game costs £200k, the long term value of that is much lower than a sitcom that cost £300k.

Of course, there’s a good chance that sitcom just won’t work. It might make critics spit and cause consternation. That's a shame. We need to get over that. (As I'll explain in the next post) But if it works, it’s twenty times more valuable. But only about one and half times the price. And so I return to the point of my first post in this series, quoting Del Boy. Let's make more mainstream sitcoms. “You know it makes sense”.

So, there’s one more thing I want to write about here. What to do in the likely event of failure. And I’ll stop going on about it, and I’ll get back to mechanics of sitcom-writing.

If you're pining for sitcom writing tips, and want to know what's wrong with the first ten pages of your script, have a look at my YouTube Channel, the Situation Room.

Why not take a day to get your head around it all? How about August 30th? Or Sept 3rd? 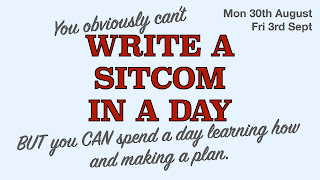 On those two days, I'll be running an all-day webinar, Write a Sitcom In A Day. Which you obviously can’t do. But the idea behind the day is help you understand the process and make a plan so you can get a script written. Not typed. Written. Well. Wanna join me?
It’ll be with me, via Zoom, going through the whole process and with loads of time for questions. Book details and course info here.