Sitcom Characters 101 What Do They Want?

Characters are not just the most important part of your sitcom. They are your sitcom. The word ‘sitcom’ is misleading. It is short for ‘situation comedy’ – and the situation might seem like the most obvious part of the show.

The situation is the most visually striking aspect. I’ve written a sitcom about soldiers in Afghanistan (Bluestone 42), about codebreakers in Bletchley Park (Hut 33) and about management consultants (Think The Unthinkable). But those shows are actually about Nick, Mary, Bird; Archie, Charles and Gordon; Ryan, Sophie, Daisy and Owen. These sitcoms are about the characters.

The setting of the show might initially be intriguing. But we’re not attracted to ideas and concepts half as much as we’re attracted to people. Any photographer will tell you that you have to get faces. You have to get the eyes. We want to connect. 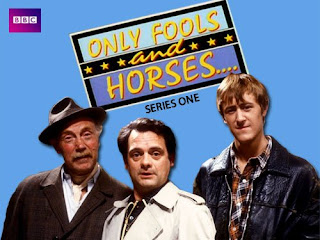 We form a bond with the characters of the sitcom and we start to feel like we know them. When we watch Only Fools and Horses, we’re going on a journey with the eternal optimist, Del Boy who says ‘This time next year, we’ll be millionaires.’ It’s a show about survival and hope. It’s about a lot of things, but it’s embodied in the characters.

So that’s why I recommend taking a lot of time over your characters. They are fundamental.

And this may sound obvious but it really isn’t judging by the scripts that I read from writers who make some really big mistakes here. Let me just highlight a couple of main ones:

This is the mistake of a script which is just people talking and swapping jokes. It’s an easy mistake to make because we want to make the audience laugh – and this is why the first episode is the hardest to write. But you MUST show us who the characters are and why we’re going to enjoy spending time with them – otherwise it’s just going to be a string of jokes. And it’s going to wear a bit thin after a few pages.

We do want jokes. And when we’re starting a show, and we don’t know the characters, we have to work really hard to get laughs. A good example is the opening of Blackadder Goes Forth when we’re wondering what kind of Blackadder we’re going to get in this series. In the first scene we get some real gems like this:

Blackadder: That’s not the only thing around here that’s “very small indeed”.  Your brain for example, is so minute, Baldrick, that if a hungry cannibal cracked your head open there wouldn’t be enough inside to cover a small water-biscuit.

George: (reading King and Country magazine) Come, come, sir, now. You can’t deny that this fine newspaper is good for the morale of the men.

Blackadder: Certainly not, I just think that more could be achieved by giving them some real toilet-paper.

George: Not with you at all sir, what could any patriotic chap have against this magnificent mag?

Blackadder: Apart from his bottom?

Blackadder: I smell something fishy, and I’m not talking about the contents of Baldrick’s apple crumble.

Action Point: Get your characters to show us what they are like, where they are going and what they want.

Mistake #2 At The Mercy of Events

That might initially sound fine. But it isn’t fine. Your character isn’t making any choices. They’re not active. They’re passive. And you can’t have a series of episodes of sitcoms where the protagonist isn’t doing anything, but having stuff done to them. It has to be compelling and dynamic.

Action point: Make Your Characters Active. Ask the question “What does your character want?”

I know that's basically the same point as the last action point. That's how important it is. It's the big question that will drive them through 100 episodes. What are they trying to achieve in any given day? What is their calling? We can nuance this with future posts, but for now, get them moving, active and doing stuff. What kind of stuff do they like to do?

What does Del Boy want? We hear the refrain throughout the show: "This time next year, we’ll be millionaires". It’s not in the first episode. But that spirit of optimism is there, and a whole lot else, like the integral relationship between two brothers. One is an optimist, the other a pessimist. But very quickly it gets nuanced.

In the first scene, during a disagreement between Rodney and Granddad about Sidney Poitiers, Del walks out and gets a laugh with the name ‘Harry Belfonte’.Then he goes and looks in the mirror and says to himself:

He seems to mean it. He clearly believes in himself! Then he says:

I can’t wait for tomorrow.

Again, he means it. He’s not a down-trodden poor man. He’s a go-getter!

Oh, do you know, I think I’m suffering from something incurable.

Grandad and Rodney ignore him. Del is clearly a hypochondriac and his family ignore most of what he says. He goes on.

You keeping accounts now? Well there you are Grandad, a lot of people told me I was a right dipstick to make my brother partner in the business, but this only goes to prove how bloody right they were. You dozy little twonk Rodney, this is prima-facie evidence ain’t it, eh? The tax man gets hold of that he’ll put us away for three years.

Don’t worry, if the tax man comes I’ll eat it. This is the only way I can keep a check on you, Del. I’m sure you’re cheating me in some way – I just can’t figure out how.

I didn’t hear anything.

No, it’s alright, it’s Mum turning in her grave.

Del knows how to play his little brother – and then we get a speech on how he essentially brought up his little brother himself. They’ve got a meeting at twelve to get us moving, there’s a chat about the business and Del’s philosophy about staying out of the governments way – both with tax and benefits – and we’re off! Great start.

In that first episode of Blackadder Goes Forth, the arrival of a service revolver means there’s going to be another ‘big push’, which means certain death. When Blackadder sees his chance to get our of the trenches by pretending to have talent as an artist, he grabs it. And when it turns out the George can paint extremely well, he makes the most of that. And then it all backfires.

Looking at Del and Blackadder, it’s not hard to see what they are trying to achieve: survival, in their own way and in their own contexts. We’ll think a bit more about that next time. 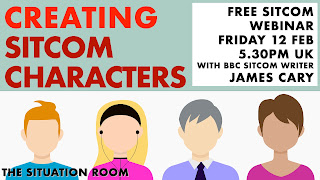 There’s a lot to think about so I ran a live Webinar on exactly this. You can watch a recording of that 80min session including Q&A for FREE by signing up to the The Situation Room.