When Is A Scene Not A Scene?

Writing outlines for sitcoms is hard. One might think it’s hard because jokes are hard. If you’re a comedy writer, you probably don’t find jokes all that hard. Finding the right jokes that fit a situation and a character can be harder. Letting go of jokes that don’t fit the situation orcharacter is even harder.

All of the above can make it difficult to see whether the action and dialogue you have allotted to a scene is adequate. In reading scripts and outlines over the last few years, I’ve noticed a few ways in which a scene appears to be a scene but is not, in fact, a scene.

A Scene With Just Jokes Is Not A Scene

But when plotting a sitcom, jokes can get in the way and lull you into a false sense of security. A really funny bit, or a run of jokes, or physical business can lead you to think that you have a scene, when you don’t. You just have jokes. Not a scene. Go back to the original story. What are the characters trying to do? How does this scene drive that story? What goes wrong? And what are the consequences?

A Scene With Just Conflict Is Not A Scene 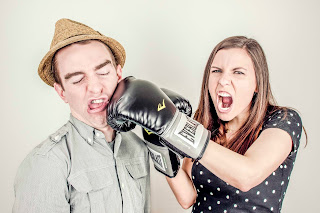 We know that comedy is conflict. That’s one of my three C’s (Character, Conflict and Confinement). But two characters arguing in a confined situation doesn’t give you a scene. Although it’s a good start.

Aaron Sorkin is the master of writing scenes in which two people clash – and he gives the appearance of action by having them walk along at the same time. But he also gives the scene an ending which leads to the next scene, and furthers the plot. As your characters go their separate ways at the end of the scene, how has their quest been altered? What is the new problem that has to be overcome?

A Scene With Just Backstory or Revelation Is Not A Scene

Sometimes, a scene can contain some big piece of backstory or revelation. And that reveal could feel like it changes everything. And maybe it does. But exactly how does it change everything, and what are the characters going to do a result of this? We need to hear and see their freshly made plans, before they then go awry.

Okay, maybe that’s not quite true, but it can feels very disappointing plot-wise when our hero has a quest. He tries to achieve his objective, but fails. And he’s back he’s started. In terms of the story, that’s not as dynamic as having the failure create new problems that also have to be dealt with. Or the problem could be fixed, but present a fresher, bigger, harder problem. Does your scene make it worse? It probably should.

It seems obvious to point these things out, but it’s surprising how easy it is to go wrong – and I make that mistake in my own scene breakdowns and outlines too. In fact, in Bluestone 42, it was only in an edit that we realised a scene was entirely redundant and could be cut. But it’s clearly easier to see in the work of other people!

When I’m script editing, sometimes I read scripts, or story outlines, that essentially come to a halt half way through the story. It feels like the plot has been resolved – and even though there’s a second half to come. But the audience don’t know that, and the story feels uninvolving.

I’ve never written for commercial television, but many writers who have can testify to the fact that ad breaks can be your friend. They force you to move the story on, and provide cliff-hanger,  tension and unfolding drama. It’s a really good discipline to get into. (Market forces do have their benefits, even to writers.) It is worth going through your outline and making sure that there’s no scene which could end with the audience saying ‘So what?’ It's hard work, but you'd rather find out your scene is not a scene before it's written, or even shot, before realising that it has to go. 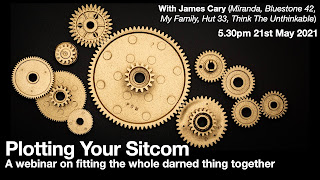