If you have a key central relationship, it’s quite easy to merely define one character as the opposite of the other. In Geoff, we have an technophile. An early adopter. A tinkerer. He thinks this or that latest gadget will improve his life and his household. It would be easy, then to make Lynette a technophobe and a pessimist, but this already makes me thing Lynette isn’t much fun, and it quite negative. She doesn’t feel very active.

If at all possible, I’d try and define your characters are people in their own right before getting too hung up on the relationships. And given the show is about optimist, it would be could to make Lynette and optimist – but a different kind of optimist.

I wonder if Lynette is an optimist about the world, about the environment, about politics and society in general. She doesn’t have to be a grown-up Wolfie Smith, but maybe she is some kind of activist, or was in her student days. She’s old to enough to have been one of the Women at Greenham Common in 1982-3, as a young idealist who thought they could change the world. But then she met Geoff, and they got married, had kids and then she got a job, which got in the way. And maybe that’s the reason she left him. She felt she’d become something she hated. Perhaps she ran off with a Greenpeace activist or a Swampy-type (which would tie in with the May Day Anti-capitalist riots) and perhaps she even lived in a commune for a while when she realised this was taking things a bit far.

Either way, she is energetic, and ready and willing to help her fellow man, and make sacrifices for the wider society. Perhaps she’s living with the guilt of not being the firebrand MP she was once told she could be. She’s never lived down the fact she’s sold out to ‘the man’.

Lynette is slowly taking shape, I think. But there’s another pitfall I can spot. It’d be very easy to turn her into an earth-mother hippy and do lots of jokes about hummus. That feels like a bit of cliché, or at least a sketch that might wear a little thin after a while.

Lynette’s hippiness is more hidden, because she’s not, by nature someone who steps back, chills out and goes with the flow. Much as she might like to be Phoebe from Friends, she’s just too up tight for that. Too organised. Too pragmatic. She’s a troubleshooter. Which is why she did perfectly well working in business. Which in turn is why she hates herself and feels like a failure as person – but optimistic that everyone does their bit, the world will be a better place. So the least she can do is her bit.

I feel like I know Lynette. This version of Lynette at least. She’s going to generate stories, plots and put herself into impossible positions. So that’s good. The next thing to do is see how the two characters work out when it comes to plots - and how they relate to each other. It's really hard to do that in the abstract and I find plots really do help work out who these characters really are and how they drive each other mad. Do plots make them collude and collide? There’s not much point worrying about supporting cast or peripherals characters until we’ve got these two characters right. At the moment, it’s all about their relationship, so we’ll look at that through the lens of some plots next time. 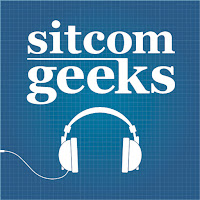 
If this sort of thing is interesting or useful, may I recommend my book, Writing That Sitcom? And you might also enjoy a two-day sitcom-writing workshop with me and Dave Cohen on 5th & 6th Nov 2015. Details on that here. We also do a podcast which is here.