I am an over-educated thirty-something man. There is, therefore, a good chance that I’m obsessed with World War Two. I am. This is partly why I wrote a sitcom set in Bletchley Park, called Hut 33, and more recently written a novel about D-Day, called Crossword Ends In Violence (5).

Where does this obsession comes from? Is it the astonishing amount of war documentaries that fill the schedules on all those cable channels? Are they there to meet the demand, or are they just passable cheap television? After all, there’s plenty of footage of the war available to pad out the show, and plenty of war veterans still alive happy to talk about their experiences. These interviews can be very difficult to focus on as as you spend most of the time trying to work out how old they are before deciding whether or not they look good for their age. Add some reconstructions with non-speaking actors and, hey presto, you’ve got some cheap, interesting-ish telly. 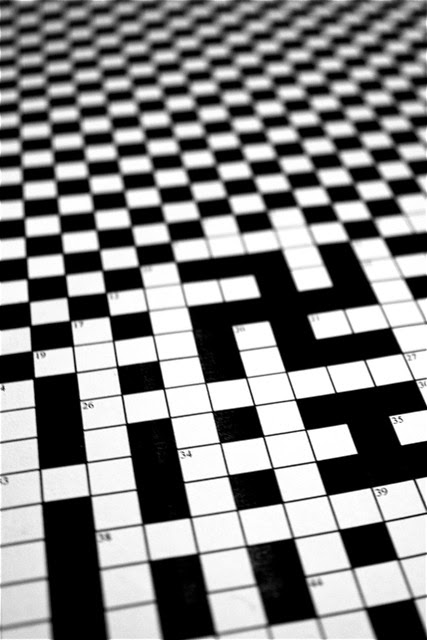 You can make hours of this stuff because, as the name suggests, the War took place all over the world. So you can cover the Western Front, the Eastern Front, The War in the North Africa, the Pacific, the Far East and then there’s Resistance, the spying, the technology and the list goes on. On top of that, every year brings a new anniversary commemorating everything that took place from the invasion of Poland in 1939 until the fall of Berlin in 1945. All of the above produces books, films, computer games, memorabilia, tours and, erm, my novel. Hence this blog.

There’s also the simplicity of the war – at least that’s how it appears at first glance. Allies good. Axis bad. Easy. But the more you read, the more you realise it was a lot more complicated than that. Stalin was our friend, but with friends like that, you don’t really need enemies. Stalin was one of a cast of instantly recognisable leaders that are kind enough to have been really easy characters to understand. They are, what we call in the sitcom world, larger-than-life characters. Characters like Churchill, with his cigar and defiance, Montgomery, with his implausibly large beret and arrogance, and Patton, with his Yosemite Sam spirit, would be criticised as clichés were they to be invented and portrayed on a big screen. The same could be said of Hitler, who has been a reference point of evil for over seventy years.

There's also something about the 'board game' phenomenon too. Hitler invaded country after country like he was playing Risk. In a similar fashion, Churchill, Stalin and Roosevelt decided the fates of entire continents on scraps of paper passed across tables, bargaining with countries like betting chips. You can almost imagine Stalin saying, ‘I see your Moldova and I’ll raise you a Ukraine.’

Maybe the biggest attraction is not just arguing over what would have happened if Hitler had not invaded Russia (Germany would have won the war. No question), or getting excited about experimental aeroplanes introduced in 1945. Al Murray does this brilliantly in Watching War Films With My Dad, which I highly recommend.

But the war wasn't just full of action men assaulting machine gun nests, or going behind enemy lines. And Crossword Ends in Violence (5) is more about the more bookish types. The indoor-crowd. Crossword setters and code-breakers, both in 1944 and the present day. Sure, there’s the odd Luger and a bit of fighting. Churchill puts in a couple of brief appearances. There’s even a guy trapped in a gulag. But it’s not so much about the heroes who fought D-Day, but those who made it happen, planned it and somehow, miraculously, kept it a secret. People knew how to keep secrets back then. That's another they can do that we can't.

When crucial codewords appeared in the national newspaper’s crossword days before you land a million men in occupied Normandy, you’re going to at least look into. This is an amusing version of that story. At least, I hope it is. You be the judge.

The book launches with the assault on Sword beach – on June 6th. Buy it HERE.
Posted by James Cary at 17:09