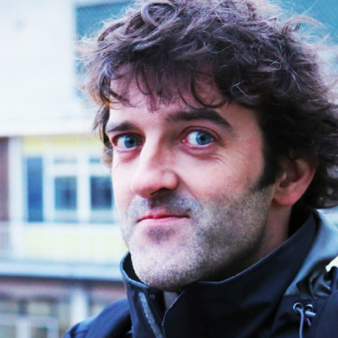 I was very sad to hear about the passing of a truly great sitcom writer, Bob Larbey. There's not a bad obituary in the Telegraph here, but I wanted to reflect the genius on this blog from the point of view of a comedy writer. I knew there was another who could do so much better than I: Jason Hazeley (Touch of Cloth, Weekly Wipe, Framley Examiner, etc). Jason had lunch with the man a few years ago. So I asked him to write something. And he did. And it's rather wonderful. And here it is.

A few years back, I decided I owed Bob Larbey a pint. I’ve long thought Ever Decreasing Circles is the best there is, and with John Esmonde having died in 2008, there was only Bob left to thank.

So I sent him the one and only fan letter I’ve ever written. It started

Dear Bob – I’ll be honest. This is fan mail. That’s an awkward thing for a 39-year-old writer to admit. But I’ll get over it. I hope you will too.

With the letter, I enclosed a DVD of the one and only Play For Today that Esmonde and Larbey wrote, called A Touch Of The Tiny Hacketts – a lovely, quirky little piece that I suspected he hadn’t seen since its first broadcast in 1978.

About a week later, I had a reply. It started

Dear Jason – Thanks for your letter and of course I’m all in favour of fan mail, particularly from a virtual stripling, as most of mine these days seem to come from old ladies. I wrote a fan letter of my own many years ago – to Galton and Simpson, who were my comedy heroes. When the BBC began what looks like its terminal decline, some young suited nerk was going on about the move to ‘edgy’ comedy. I suggested that he should finish his prep and watch an episode of Steptoe And Son – now that was edgy.

A few weeks later, we met at his local in an impossibly picturesque village in Surrey, which was freckled with snow at the time, as if to ram home the point that I could never afford to live somewhere so pretty. He recommended the fish and chips and a local ale, so we had identical lunches.

And we did what all writers do when they meet in a pub: moan. But not for long, because he was such a cheerful sod, and seemed to have as many questions for me as I did for him. I asked him the usual shop-talk things, about process and structure, and especially, how things were commissioned.

He gave me a typical example: he and John pitched up at Television Centre one morning and met up with a commissioner, saying they’d like to write a sitcom about national service. The BBCer listened, and liked it, but said no. So John and Bob got into John’s Mini and drove over to ITV, where they suggested the same idea to someone who said yes. And Get Some In! (1975-78) was born.

Obviously, I told Bob that what he was describing sounded like the ramblings of a dizzy oaf, and went on to explain how TV had made that three-hour process from idea to commission into a two-year process – something he found dispiriting and inexplicable. In later years, he said, he’d ended up in a ‘totally uncreative’ meeting at which there was much talk of demographics. ‘I thought they were Greek soldiers,’ he said.

Getting A Touch Of The Tiny Hacketts commissioned was even easier. The director, James Cellan-Jones, simply asked Bob and John if they’d like to write a play. They said yes. (And they asked if one of their comedy heroes, Nat Jackley, could be cast in it, just so they could meet him – another yes.)

I asked him what he’d done with his many scripts. Binned them, he said. He didn’t have a single copy of anything he’d written. This slightly shocked me – although, given that he wrote (or co-wrote) north of 450 TV episodes, each running to around 50 pages, I probably shouldn’t have been surprised.

I asked him about ‘The Wind-Break War’. It’s an extraordinary episode of The Good Life, because the story wraps up about 21 minutes in. When I first saw it, I thought, ‘what happens for the rest of this episode, then?’ And the answer is: the characters get drunk. Bob told me, chuckling, that Richard Briers had come up to him and John one lunchtime and said, ‘Lads – you know what? I’d love to play drunk,’ at which the other members of the cast all leapt, saying, ‘Yes, I do a good drunk!’ – and Bob and John were never going to turn down an opportunity to write four great actors a whole drunk scene.

Mainly, of course, I asked him about Ever Decreasing Circles. He told me that Richard Briers and Peter Egan would still phone each other up in character. ‘Hello, Martin.’

Ever Decreasing Circles (Bob said it was nearly called ‘The Proper Trousers’) is a series that was much-loved, then slightly forgotten, and is now firmly re-establishing itself in the public consciousness. Too right. It is sublime. It is so funny, so wonderfully funny. One of the things you can tell from watching it – and this is comparatively rare – is how much the writers made each other laugh as they wrote it. You can hear it in the dialogue.

MARTIN: What a wonderful man their skipper is. He noticed the new hooks in the dressing-room straight away. You’d never know that he’d been run over, would you? He’s always so polite.

Three punchlines for the price of one. And all core to the character.

MARTIN: I’ve never liked being bossed about by weather.

It’s clear what an absolute roar the series was to write, especially with a character as monstrous and deflatable as Martin. In fact, when you look at the scripts, you can see that Bob and John were sniggering away like herberts.

In one episode (none of them has titles), Howard and Hilda, a pair of talking cardigans, are upstaged by a couple even mimsier than them, called (and the names sound like they’ve started to become each other) Dan and Diana Danby. The Danbys are so astoundingly boring that they depress even the unflappably smiling Paul. (Martin, of course, loves them.) Sitting around the pub table, the conversation repeatedly being brought slithering to an awful halt by the Danbys, Martin pipes up, ‘Here’s a poser,’ and twinkles at the provocative brilliance of what he’s about to ask. ‘What’s everybody’s favourite jam?’

The stage direction following this reads:

ALL THE TWATS PONDER THIS QUESTION DEEPLY.

That’s a couple of writers enjoying themselves.

But the series was also capable of being extraordinarily moving. The finest episode, in which Martin seems set to win the local snooker tournament but is scuppered by Howard, who’s undergoing some sort of personality fugue and bursts out of his apologetic self for once, has a real eye-tingler of a scene mid-way, in which poor Howard tells his wife what a loser he is.

HOWARD: Fair enough. I am one of life’s runners-up. The only prize I’ve ever won is you.

Lovely. Nora Ephron would have been proud of that line. But this is an Esmonde and Larbey comedy. So that’s immediately followed by

HOWARD: And I wouldn’t have done that if I hadn’t trapped you in that ice-cream van.

To which Hilda, trying to gee up her crestfallen husband, zeroes in on his strengths.

HILDA: But you’re very popular. Everybody calls you by your name.

Esmonde and Larbey were at the top of their game while writing Ever Decreasing Circles: they went straight from that to Brush Strokes. Bob, meanwhile, had started writing on his own, and already had 26 episodes of A Fine Romance to his name. He told me he wrote at a typewriter on his kitchen table. The humility of this image appeals to me.

John’s was the dark humour, Bob said, and his was the lighter stuff. Even their appearance seemed to suggest that: John with his goatee beard and thick, black hair; Bob with his soft eyes and avuncular moustache.

Bob was tremendously good company. Very affable, clearly hugely popular locally, and radiating modesty. When I told him I thought Please, Sir! was a great first screenplay, he told me I was a fool, and that it was rubbish. He was happy to accept thanks for Ever Decreasing Circles because it was ‘a particular favourite,’ but he wasn’t taking any flannel from me about a script he thought was a total pudding.

The only sad note came towards the end of the afternoon. I’d noticed that something called All About The Good Life was coming up on TV soon, and it seemed to feature all the right people. So I asked how much involvement he’d had in the programme.

And he frowned slightly and said, ‘What programme?’ 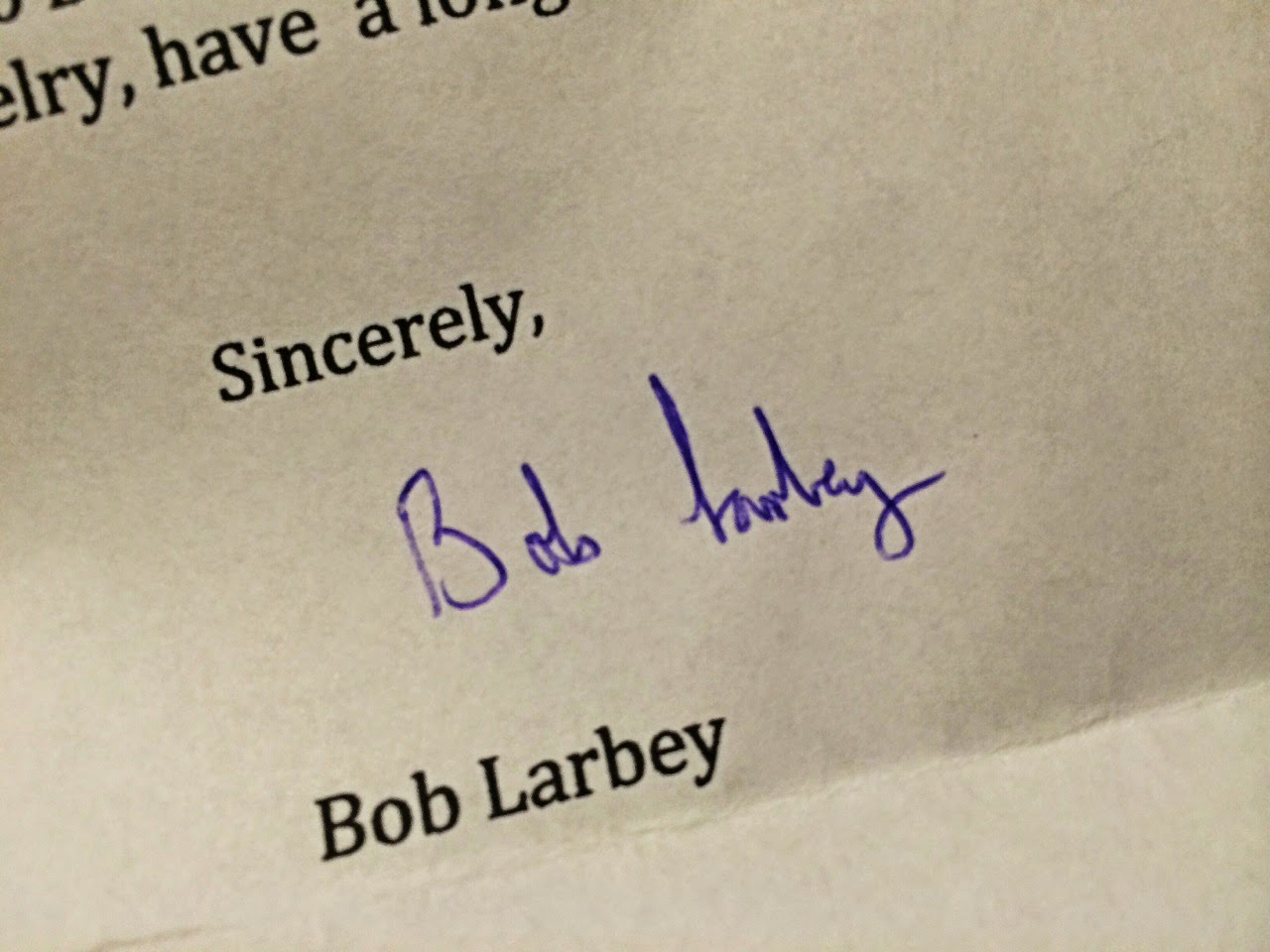 It’s not uncommon for writers to be overlooked. It is, however, unspeakably rude. It suggests that making it all up and writing it all down is somehow not an important part of the creative process.

Bob was one half of perhaps the best sitcom writing team we’ve ever had. Perhaps. Of their time, surely. We were very lucky to have them.

One last time, then: thanks, Bob.

Thank you, Jason Hazeley.
@JasonHazeley
Posted by James Cary at 18:14