5 Mistakes In The First Ten Pages Of Your Sitcom Script: Mistake 2

You’re writing a spec sitcom script. It’s probably the pilot episode. And want to grab the audience’s attention and hook them in.

One way is to trick the audience with gimmicky storytelling which can lead to Mistake 2:

You’re Basically Writing A Murder Mystery, Not a Sitcom

I read quite a few scripts which begin with three apparently unrelated scenes or characters and I’m left wondering how they all connect up. Each scene stands alone, and I’m clearly not meant to know who anyone is.

That’s all fine if you’re watching a murder mystery like those two-hour ITV series like Endeavour or an Agatha Christie adaptation. As with movies, those shows have a much longer running time and will take at least ninety minutes to unravel.

You're writing a sitcom. You don’t have ninety minutes. You’ve got about twenty five. Get on with it.

If you want to see what 'getting on with it' looks like, watch any episode of Modern Family which crunches through story at a ferocious pace. There are usually three stories started and developed within seven minutes. Within seven minutes, nine or ten characters are flapping around, or walking on egg-shells or trying to avoid each other. It’s masterful. And funny. 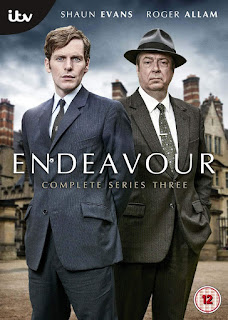 That last one is so important. Funny. Easy to overlook that one. You're writing a sitcom, remember?

Endeavour and Agatha Christie are not only 90 minutes long. They’re not trying to be funny. This is just as well because murder mysteries struggle to be funny. Why? Because the writer is trying to confuse and misdirect the audience. Confusion, as I often write on this blog, is the enemy of comedy. A confused audience can’t laugh. It won’t laugh. Jokes require the delivery of information in a carefully controlled way to avoid confusion. (See my forthcoming book, The Sacred Art of Joking for plenty on the mechanics of this).

You’re writing a sitcom, remember? Funny is what we want.

So don’t spend ten pages trying to intrigue your audience. You need to make them laugh. Gimmicky tricks with timelines, powerful juxtapositions or artistic references are not your friend here. In the right hands, they can be brilliant (see episodes of Coupling by Steven Moffat, for example). As a rule, these tricks are comedy kryptonite.

Besides, these devices will obscure the one thing that you’re trying to showcase and sell: your cast of characters.

Audience tend to respond to people, rather than ideas or concepts. Advertisers know this. It’s why most adverts have human faces in them. It’s why testimonials are so effective. It’s why just reading the words Del Boy, Victor Meldrew or Edina might raise a smile. So put your characters front and centre. Tell us who they are, what they’re about and what they're trying to do.

But in so doing, don’t fall into another trap. There is a third and fourth way of falling off this horse. The first of those is the making the mistake of giving us backstory. We’ll look at that in the next post.


In the meantime, why not book tickets to come and see Dave and I record the 100th Episode of Sitcom Geeks at the Museum of Comedy in Bloomsbury? We'll be talking to Marcus Brigstocke and Sarah Morgan, who know a thing or three about sitcom. And you'll also meet other writers when we all hang out for drinks in the bar afterwards. See you there.

Or you might want to think about getting my book, Writing That Sitcom, which is available for the Kindle/Kindle App via Amazon here.
Posted by James Cary at 18:59