How to Make a Bad Sitcom

Some sitcom thoughts occurred to me after listening to another fascinating podcast from Scriptnotes -Ep197 How Do Bad Movies Get Made. Movies and sitcoms are obviously very different from each other, not least because a movie is finished work, rather than an ongoing one. A movie that just doesn't work is unsalvageable, where a sitcom pilot, or even a first season, might be 'good enough' to get a second season in which problems can be fixed.

So how does his happen with sitcoms? I've addressed this before in a post entitled 'How did this rubbish get on my TV?', in response to the howling indignation at Ben Elton's last sitcom, The Wright Way. It mainly deals with the emotional response at seeing a poor show on TV - and that feeling aggrieved doesn't really get you anywhere. We're going to take a different approach this time.


You watch a sitcom. It's bad. You ask how it happened. Surely they realised? How did the producer deliver the show to the channel and not know they’ve delivered a stinker? Here are some responses:

1. It’s Not Bad. You Don’t Like It.
The show may be very popular, but not to your taste. Equally, the show may be critically highly acclaimed but, in your opinion, unwatchable. Every year, there are new sitcoms which I don’t like that get good ratings or win awards. That doesn’t mean they are bad. Sometimes I’m surprised that something I think is technically flawed succeeds, but all that really goes to show is how little any of us really understands comedy. And how important taste is.

There are many different types of comedy. Some are quick, and disposable, like fast food. Others are more like fine dining. Which is best? It depends what you’re in the mood for, how much time you have and what you think food is for. Enjoyment? Or energy? Similarly, what is comedy for? Andrew Marshall has argued comedy should be treated as a utility, like water and gas. I’m not sure I’d go that far, but I see the point. We all need to laugh, so let’s not be snobby about where we get our comedy from. Maybe the sitcom isn’t bad. You just don’t like it. 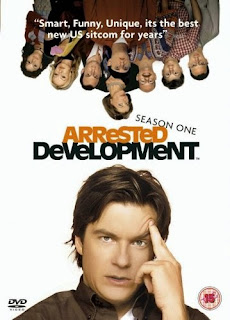 The show may jar with you in someway, but that’s because it’s doing something different. The tempo, or tone is not like anything else you’ve seen before. In a good way. But you’re experiencing the difference in a bad way.
Lots of people didn’t like Arrested Development. The ratings were never great and it was cancelled after only a few seasons. Critics loved it. Every single comedy writer I know loves it. It’s so densely packed with jokes, and moves so fast, playing with conventions of comedy that it might be a hard watch for some. To them, the show might be bad. Not to me. It's too good.

3. Right Show. Wrong Time.
The show is either way ahead of its time. Or way behind. The latter is more likely, having come about by commissioning that is trying to follow a trend (we need a show like The Office, or Miranda, or Mrs Brown!) – rather than setting trends.

4. Right Show. Wrong Cast.
Remember they wanted Michael J Fox to play Marty McFly in Back to the Future? And they couldn’t get him. So they went ahead with Eric Stoltz. And they shot for five weeks. Fives weeks. They realised it wasn’t working. The comedy was not coming across. So they stopped shooting and waited for Michael J Fox to become available. Ballsy.

In a parallel universe, they didn’t do that, and you’ve never heard of the film. So, maybe the sitcom you don’t like is actually working fine on paper. But it’s horribly miscast. Or the lead turned out to be less funny than expected. They might have even realised that, but they couldn’t change it because in TV, believe me, no-one will let you reshoot five weeks of sitcom.

5. Surely This Show Should Exist?
The show isn't funny because it has no soul. That might be because it was talked into existence by someone – an exec, a commissioner, a writer, an actor, a producer – who felt like a certain kind of show should be made. It didn’t need to be made. It was just possible. And somehow, it felt like the right show at the right time, it was greenlit because it had the right cast, the right look or filled a gap. The result can be a show that maybe isn’t bad. It just isn’t any good.

6. Mission Creep
Mission Creep is what happens when soldiers turn up to keep the peace, and end up getting far more involved in local politics or civilian affairs than they ever intended. The stated goals of the operation subtlely changed, week by week, month by month, until the no-one quite knew why they’d come in the first place.

This can happen with sitcoms. A show is dreamed up by a writer, or actor, or comedian – and is about one thing. One character. One concept. But it ends up being pushed and pulled in various directions, usually in order to get the show commissioned, so that it ends up being about something else – and ultimately nothing. And not in a Seinfeld way.

Mission creep can sometimes be beneficial. Some shows end up being about different characters or relationships from what the original writers intended, like Friends, which was meant to be about Monica and Joey. But they quickly realised the show was about Ross and Rachel. At least at that point it was. Other shows are not so lucky.

7. Two Shows in Two Heads
Or even Three Shows in Three Heads. The show the writer has written, and the show the director is directing and the show the channel has commissioned are not quite the same thing in their minds. In an attempt to marry up these false expectations, compromises are made, and the result is a disparate mess.


‘Who writes this sh*t’ is a common refrain when a show is deemed to be poor. The writers are often the first to get the blame. I hope I've shown how it's often circumstances beyond the writer's control. But there is, of course, a strong possibility that the show stinks because writer has written a lousy script. It happens. How often? Who can say?
Posted by James Cary at 16:01 No comments:

It made me think why I find it difficult to think of extreme stories when plotting a sitcom episode and here is one possible reason: the genre. In a sitcom, your characters need to start and finish in the same place. Your show is not a serial, and needs to be viewable out of sequence. That's the commercial reality and the deal. But also the appeal. It’s baked into the art form. In sitcoms, nothing changes and no-one learns. As such, it's a pretty good description of life. Situations may change – like the relationship-flat-swapping in Friends – but no-one fundamentally changes personality.

A sitcom retains the status quo. Your hero wins a million bucks. They need to lose a million bucks. Someone’s house catches fire. Well, somehow, it needs to look exactly the same next week. And so every huge plot twist or story explosion needs to be untwisted or cleared up and put back together.

This can temper your imagination. You don’t give your mind fully to exploring total catastrophe for your characters because you’re worried that you won’t be able to think of a de-catasrophising solution.

Messy Painting
It’s a bit like being in charge of a few small children. Whatever activity you propose, you’re going to need to clear up afterwards. And this will affect the activity you suggest. Want to let them paint with their hands? YAY! But bear in mind, you’ll have a lot of clearing up to do afterwards. Tables. Hands. Items of furniture in other rooms that somehow have blue marks on them.

We have to realise that we won’t think of big stories if we’re worried about how we’re going to put everything back together again afterwards. We need to trust ourselves to figure that out later. I’m sure I subconsciously try to think of a whole plot at once. I need to stop doing this.

So ask the question of your characters: What is the worst possible thing that could happen to them? And how can they make it even worse? What can they do that cannot be undone? In short, give them hell.

Two examples jump to mind, both from Blackadder. In Series 2, Lord Blackadder becomes Lord High Executioner, and in order to make life easier, he executes all his prisoners on a Monday. But the wife of one of them would like to visit him. Except he’s already been executed. That is a huge problem. You can’t get out of that one, or undo it. Farrow is dead. And trying to get out of that leading to farcical scenes such as the ones depicted below containing some of my favourite lines in all comedy. (Including ‘They’ve gone, Percy’).

In all honesty, I don’t quite believe they resolve Blackadder’s problem satisfactorily in that episode, but who am I to question the genius of Blackadder? And you do get some really cracking funny scenes.

The other example if from Blackadder the Third, in which it appears that Baldrick has burnt Dr Johnson’s dictionary. When Baldrick is ordered to steal a copy, Dr Johnson reveals there is no copy. So Blackadder has to rewrite the entire dictionary in one night. Funny.

What is the worst thing that can happen to your characters? How can they make it even worse? Don’t worry about how they get out of it just yet. The blue fingerprints on the piano stool can be cleaned off later. Right now, give them hell.