Last time, I wrote about how the production week of a studio sitcom pans out, and how time to rehearse is alarmingly short. Read that first HERE. Okay? Up to speed?

It’s Day 1 of the production week. Probably a Friday. It’s 10am. The actors are all sitting at tables in a big square. Production staff are sitting one row behind, up against the wall (which is how they feel for most of the week). And so it begins.

Before you get to this point, you need to know this:

The script is going to change

Embrace this. When you read through that script on Day 1 of the production week, there will be problems with it. They may be small, they may be huge. They may seem small at first, but as you try to fix them you end up unpicking an awful lot before putting it all back together. You never know.

There will be notes.

Some will be obvious and you could hear there was a problem as the script was read. Other notes may come from the directors, the exec producer, or someone else important enough to tell you what's wrong with the script. The script will need to be fixed.

Ideally you won’t have to change it much, not least because you probably have some scenes already filmed on location that you have to keep in the show. You just don’t have the time or the budget to chuck entire location scenes, although this can happen (and did happen on a show I worked on recently). Hopefully, there’ll be enough for the director to rehearse with the actors on the afternoon of Day 1 and we’re into rehearsals. But not necessarily. (The worst day of my professional career was a Day 1 serious rewrite which you can read about in my book, Writing That Sitcom). The rewriting job needs to be done. Embrace it. 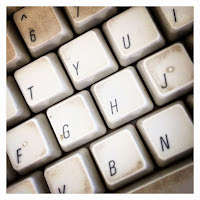 Also, prepare for this:

The funniest jokes – even the best scenes – might be written from scratch that week.

This is annoying because it makes you wonder why you bothered slaving over this script for months only to rock up and write the killer jokes on the day. But we all know you can’t just turn up to production week with the bare bones of an idea and write it on the day.

Having said that, I have heard stories of this happening occasionally. But apart from the fact that this is a very high wire act, it is not a trick you want to pull very often. It’s just not fair on the crew and the art department and everyone who has to make these ideas conjured up on the day suddenly appear on the screen. They will be very professional about it, and do the best they can, but they will hate you for it and try to avoid working with you again. Which is fair enough.

Fixing the script after that initial readthrough, however, is not the end of the rewriting. During rehearsals, scenes will need tweaking, trimming and tailoring to the actor’s strengths. You might need extra dialogue and ideally a joke to cover some physical business. Once the show is on its feet, a scene might feel like it’s flagging, or too abrupt. Or a line turns out to be a bit of a mouthful. Or an actor suddenly develops a problem with a line. (I’ve written about that here)

There will be changes, and it’s worthwhile being around for these because if you don’t rewrite it, someone else will. This, in my opinion, isn’t fair on the actors because they shouldn’t be expected to be writers as well as performers. (Don’t get me started… but more on that here) And what you may find happens is that a short term problem will be fixed by the actors or director in the moment, but a long term problem is created. You, as the writer, have thought about little else in the last few months. You have the story in your head, and if the rehearsal is a developing with a problem with a prop or a moment, and decide to cut it, they might not realise that this prop will be critical in four scenes time. Or the change will make a pre-shot location scene feel very odd or improperly set up.

This is why it’s worth being on hand during rehearsals (and on set, as I write here) to head off these problems. But if you are around all week, there might be another temptation (beyond eating too much snack food or drinking too much tea): To keep changing the script. We’ll look at that in the next blogpost.